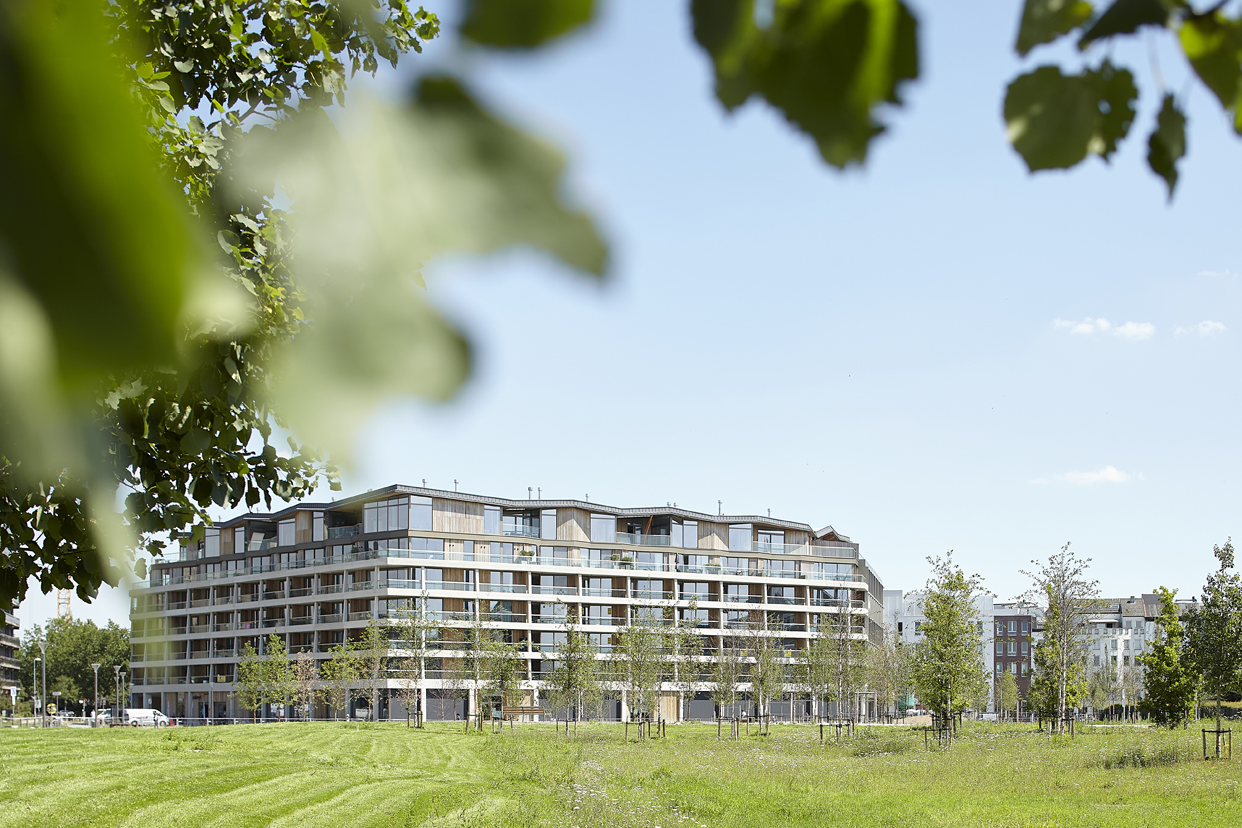 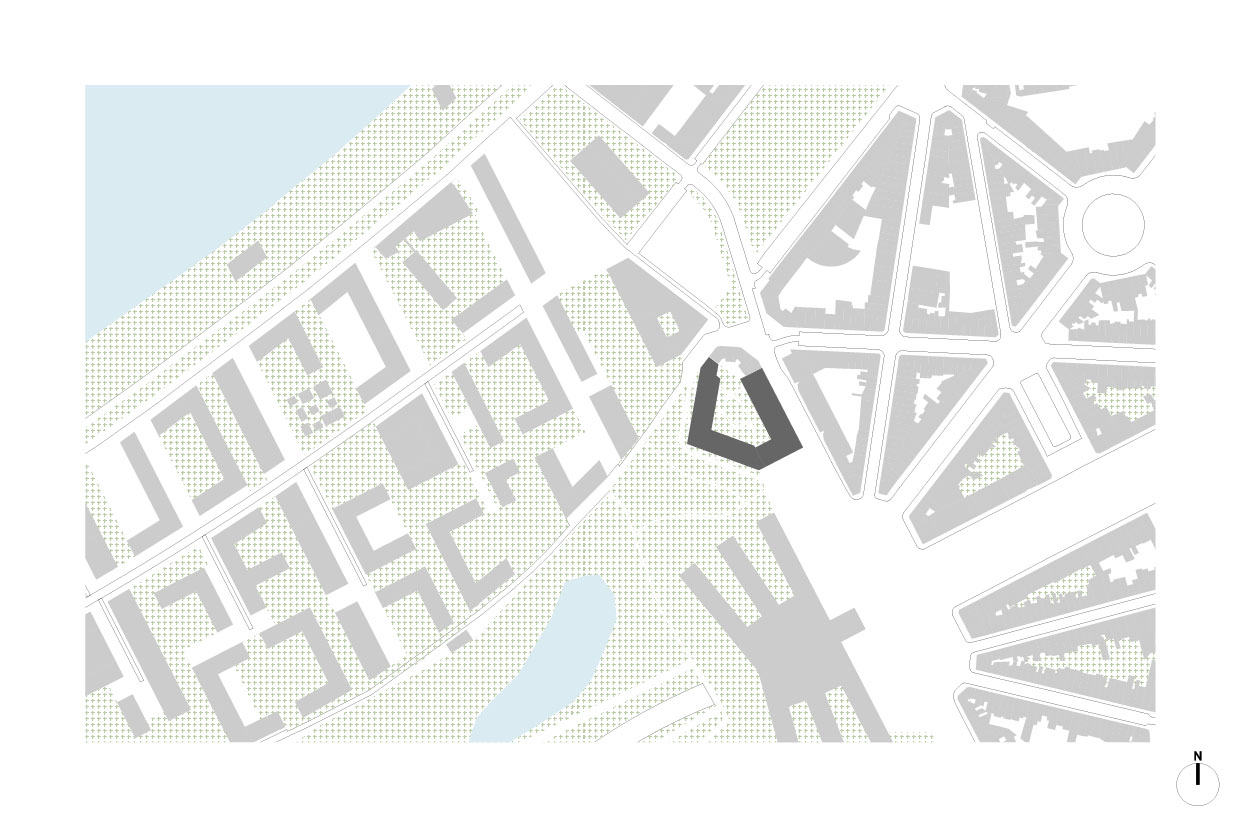 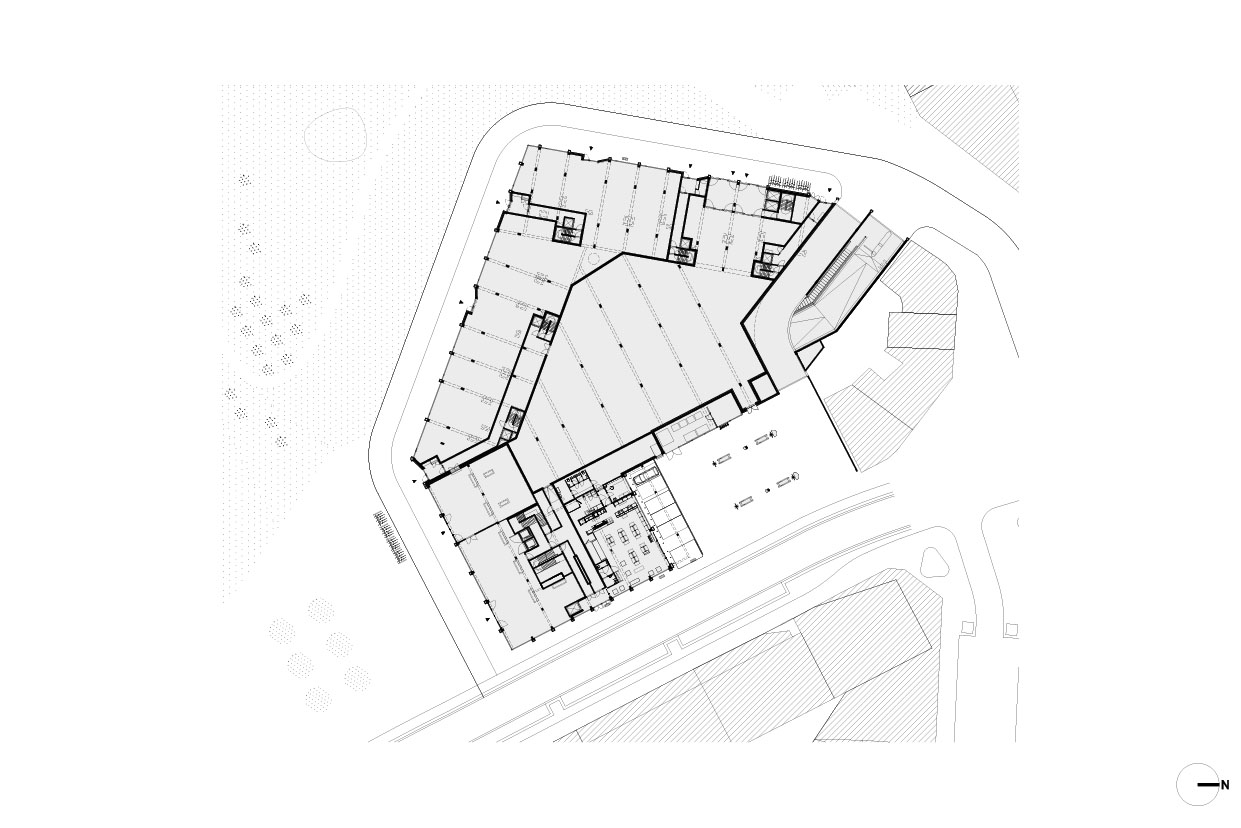 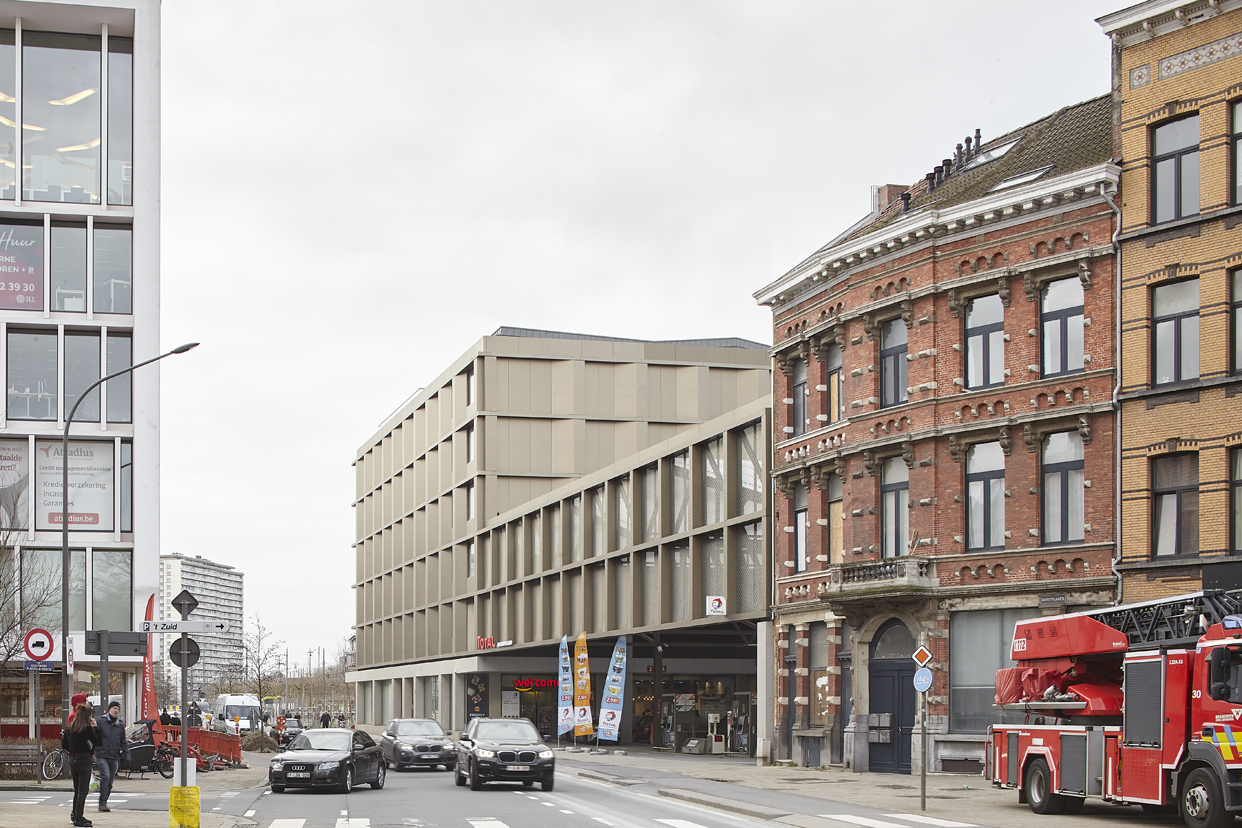 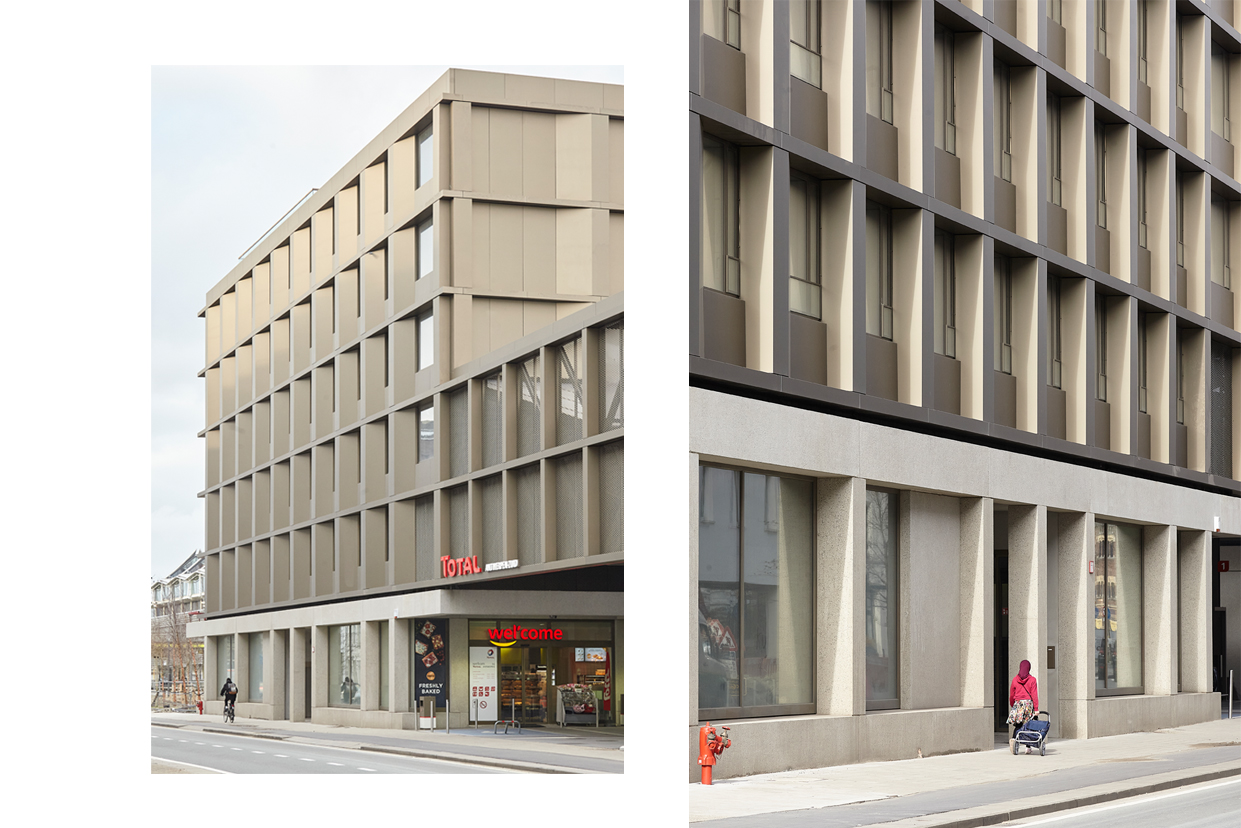 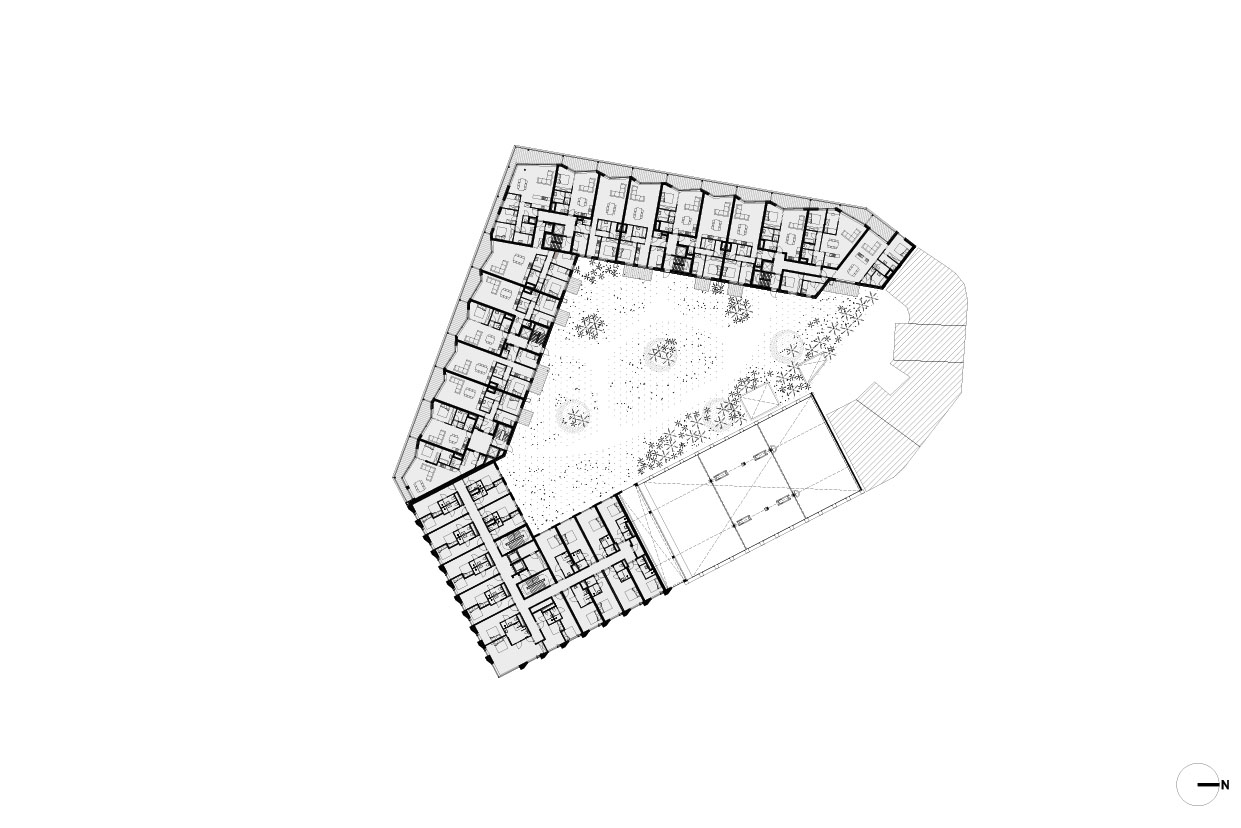 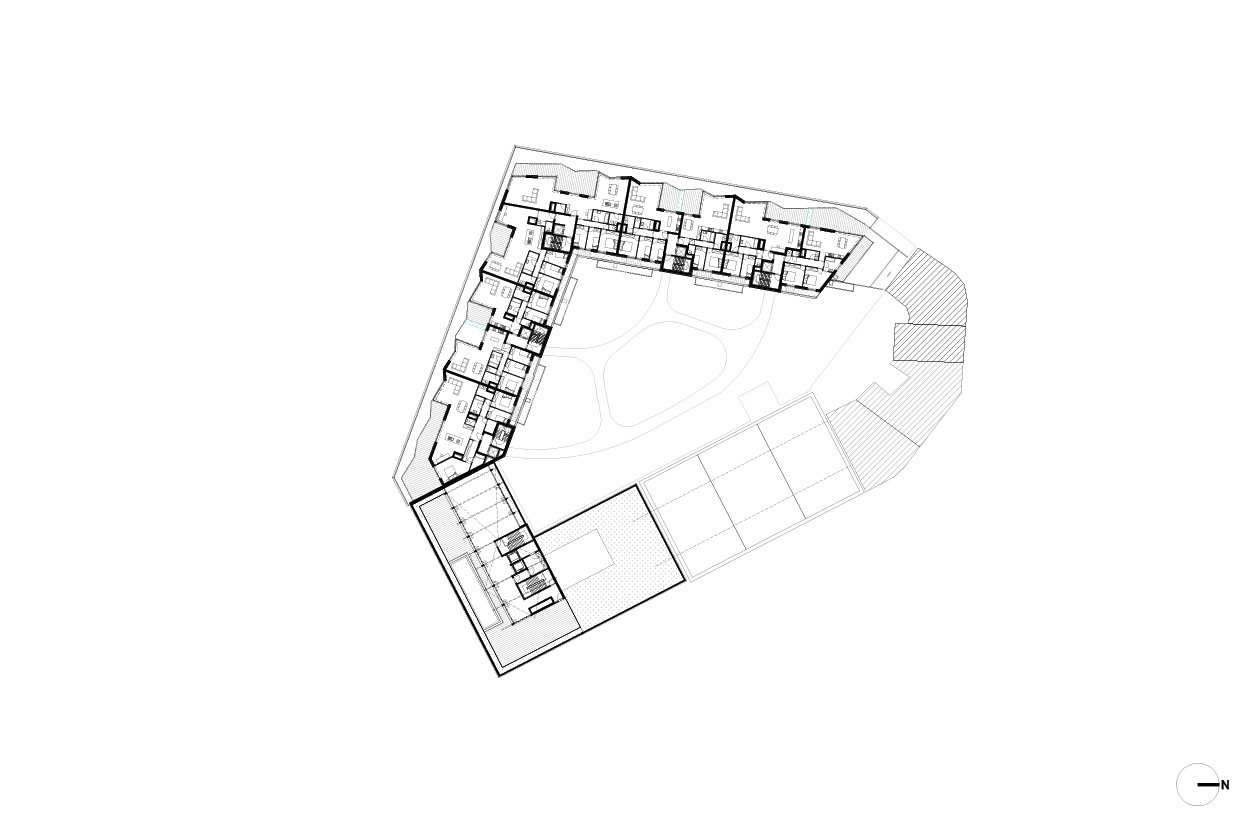 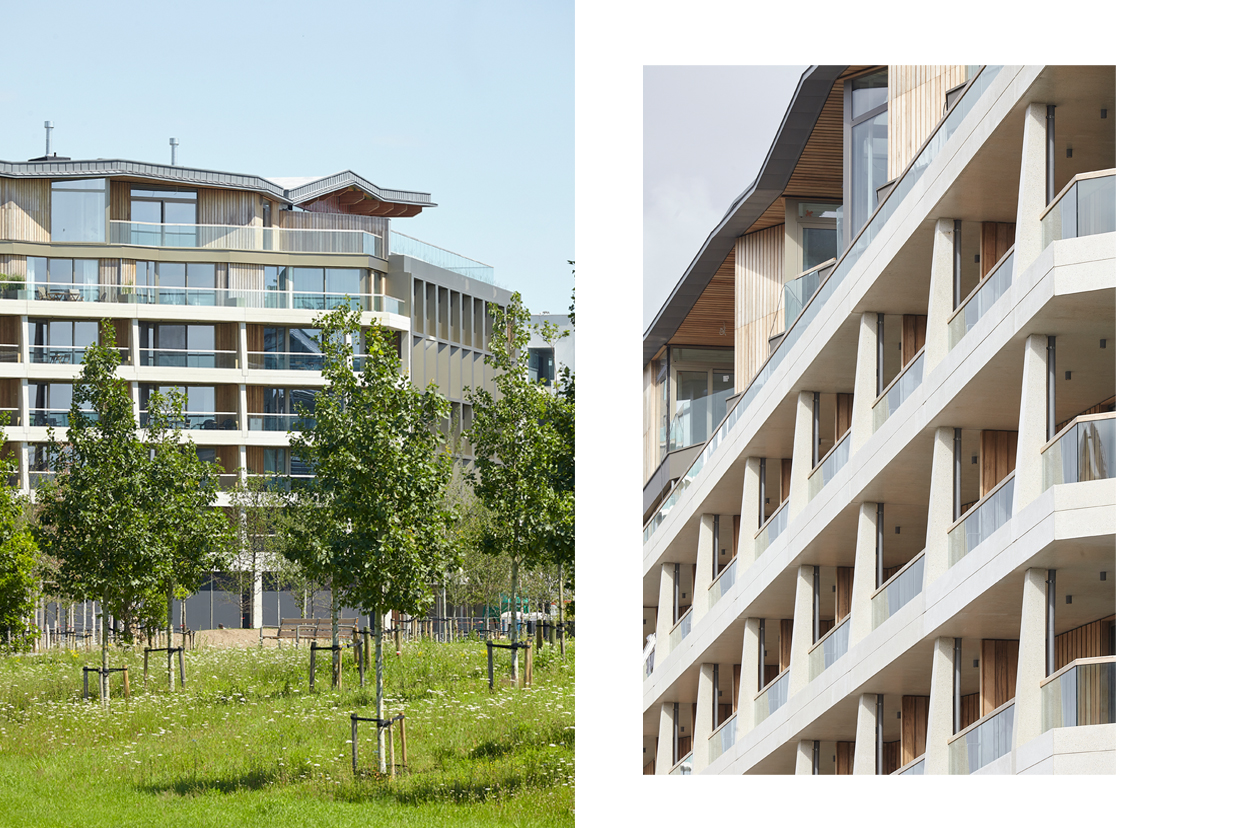 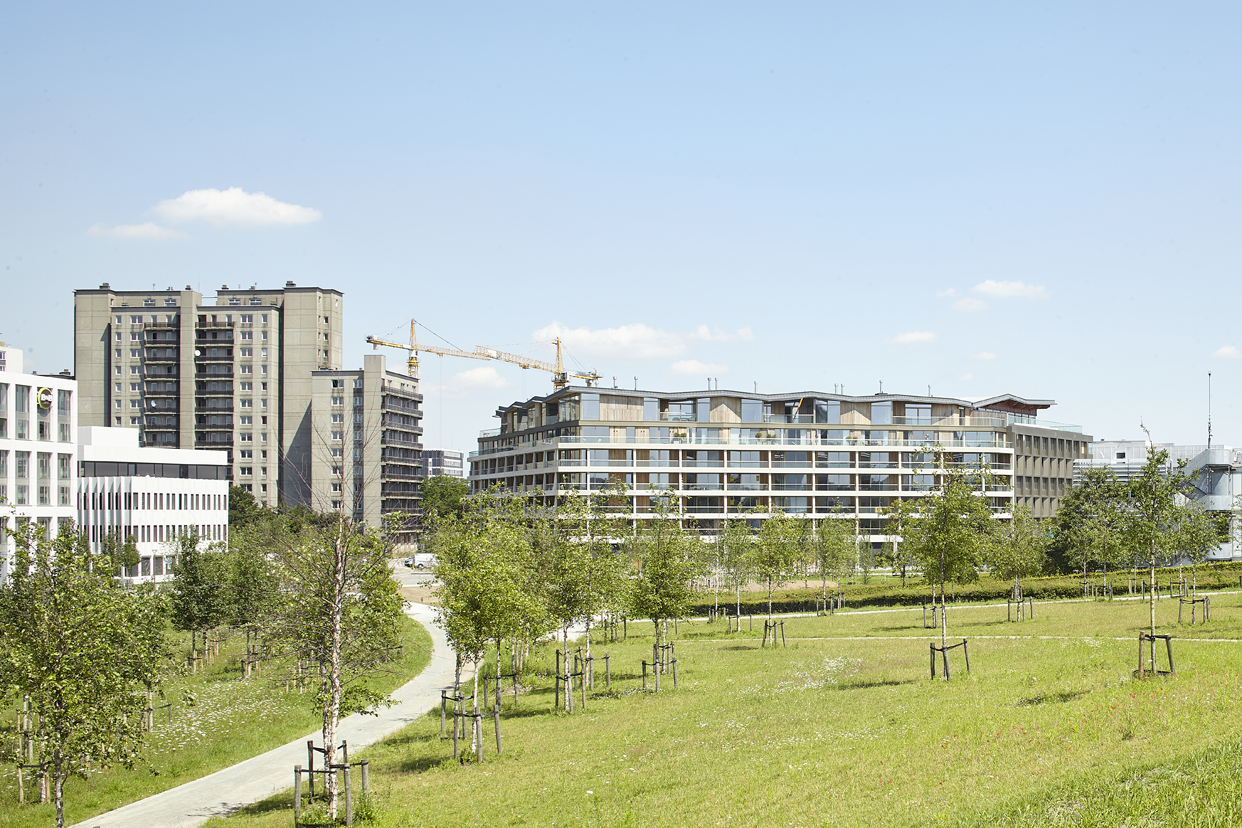 commissioner
DMI & Today for tomorrow in association with TOTAL belgium and AG Vespa.

The Jan Van Gent project comprises the realisation of an entire urban block. Following the demolition of several derelict industrial buildings, a new ensemble will be created with façades on the adjacent Jan van Gentstaat, Bolivarplaats and Nieuw-Zuid park. The programme consists of residences, a hotel and a number of street-facing functions such as a supermarket, offices, restaurant and fuel station. The above-ground programme is organised into max. 7 building layers with an additional 2 underground layers offering parking facilities for 250 cars and around 330 bicycles.

The project is located at a critical pivot point within the city, linking several very diverse contexts. Firstly, there is the 19th century urban fabric of the Jan van Gentstraat. Secondly, there is Bolivarplaats which has since been earmarked for development into a large city square in front of the Palace of Justice. This public space will mark the edge of the city centre at one end of the Boulevards. Finally, there is the Nieuw-Zuid park currently under construction which, as a counterpart to the existing Scheldt quays, will guarantee open park space for the entire surrounding urban structure.

In response to this context and in connection with the above-mentioned programmatic ambitions, we consider it an obvious starting point to bring the basic elements of the block into alignment with the fluctuating scale and structure of the surrounding urban fabric. This implies the creation of a clear figure with multiple separate sections within the existing, enclosed block.

The hotel on the square thus forms a robust corner stone with a relatively conventional three-part structure: plinth – middle – top. The residential building facing the park is a more open structure in which a fragmented wooden volume is placed behind a grid of concrete columns and beams. This grid creates a point of separation for the terraces of each respective residence. Meeting the need for a spacious yet secluded inner space for each home, this approach also offers a meaningful response to the scale of the adjacent park.