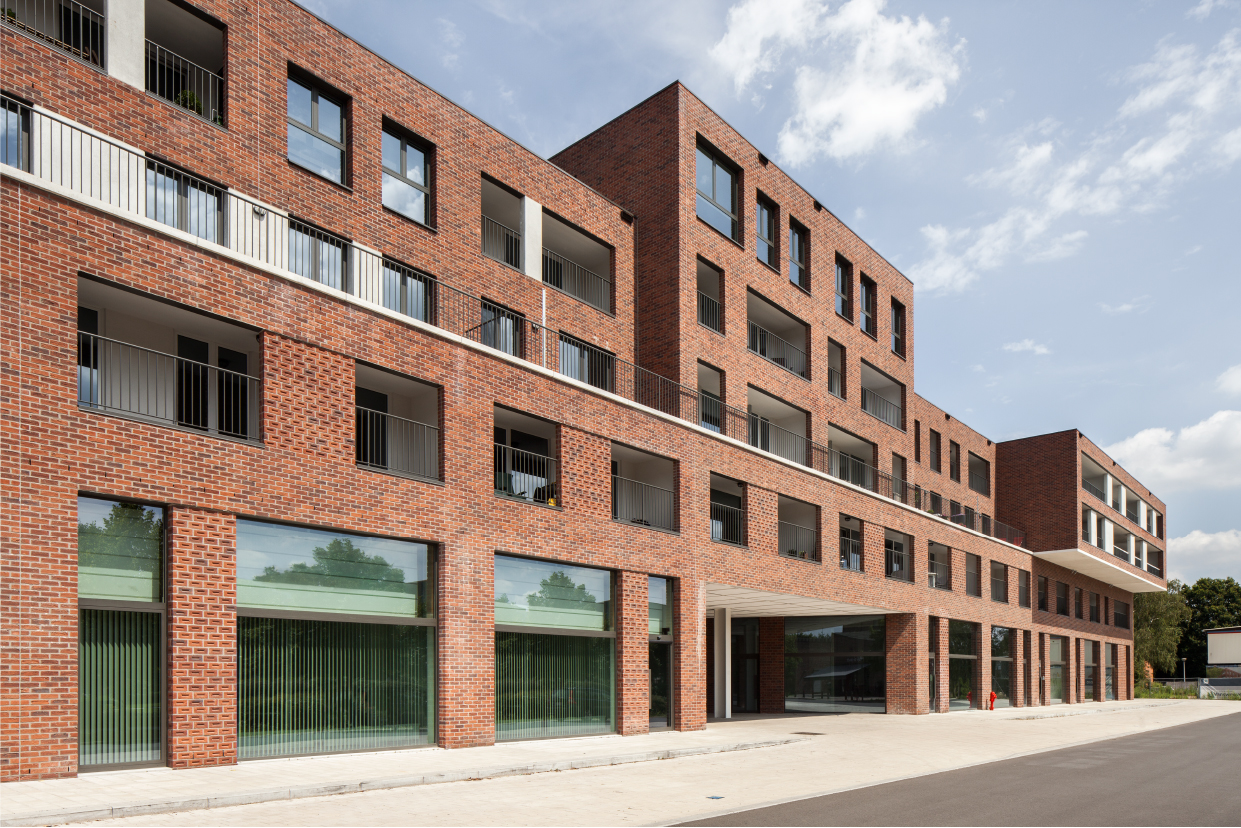 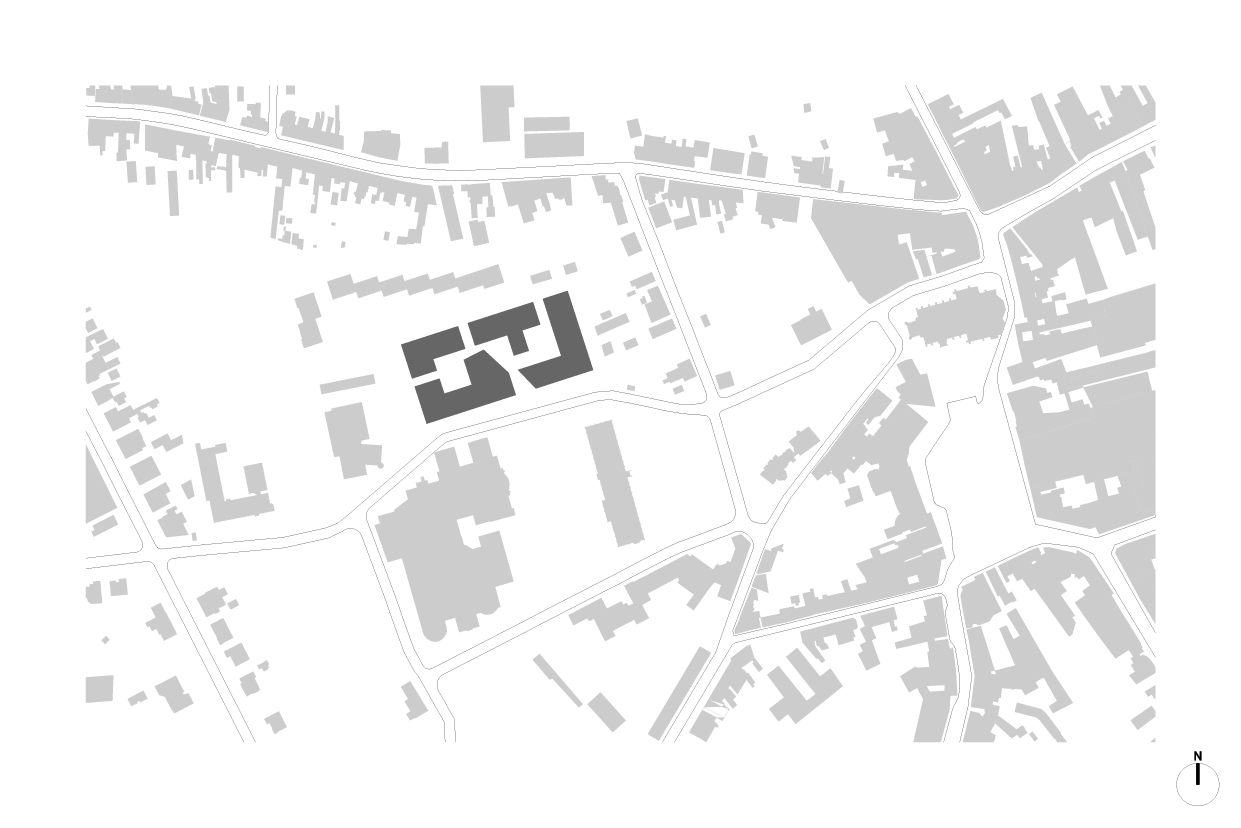 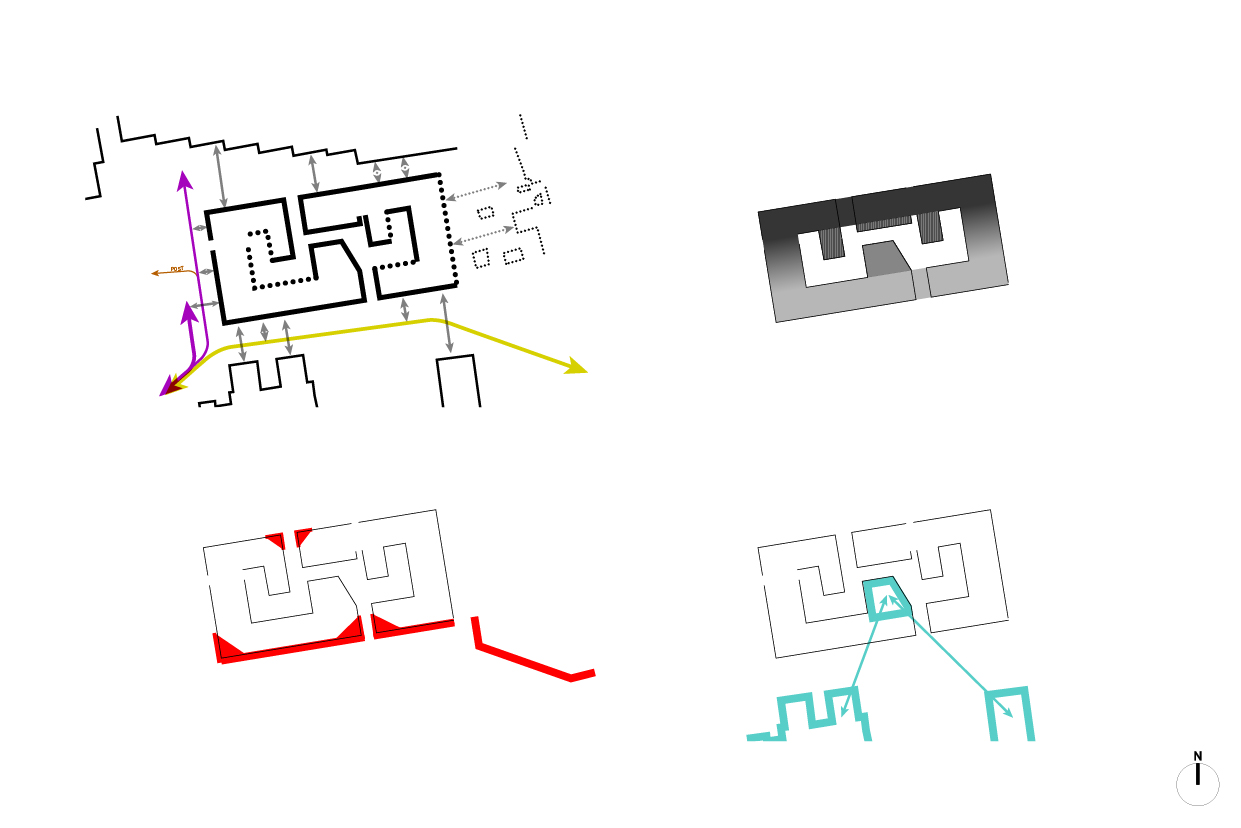 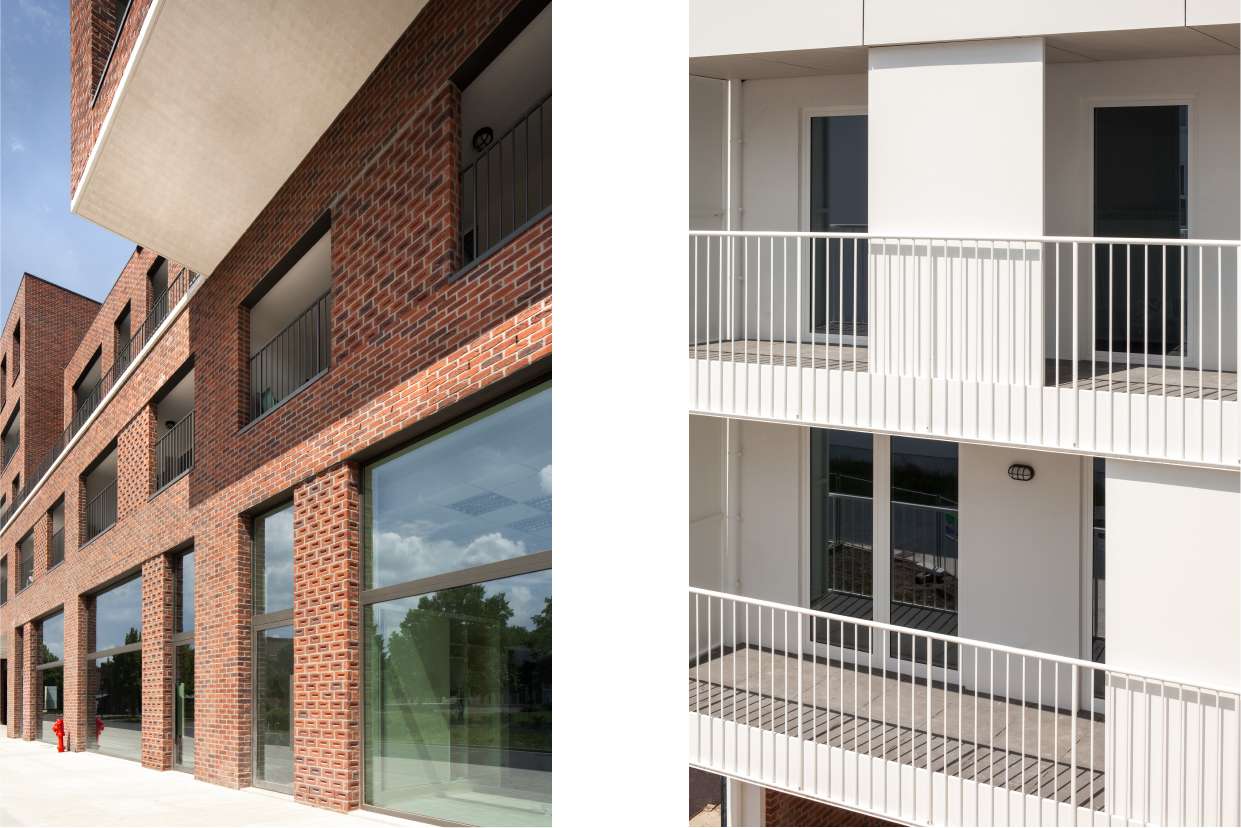 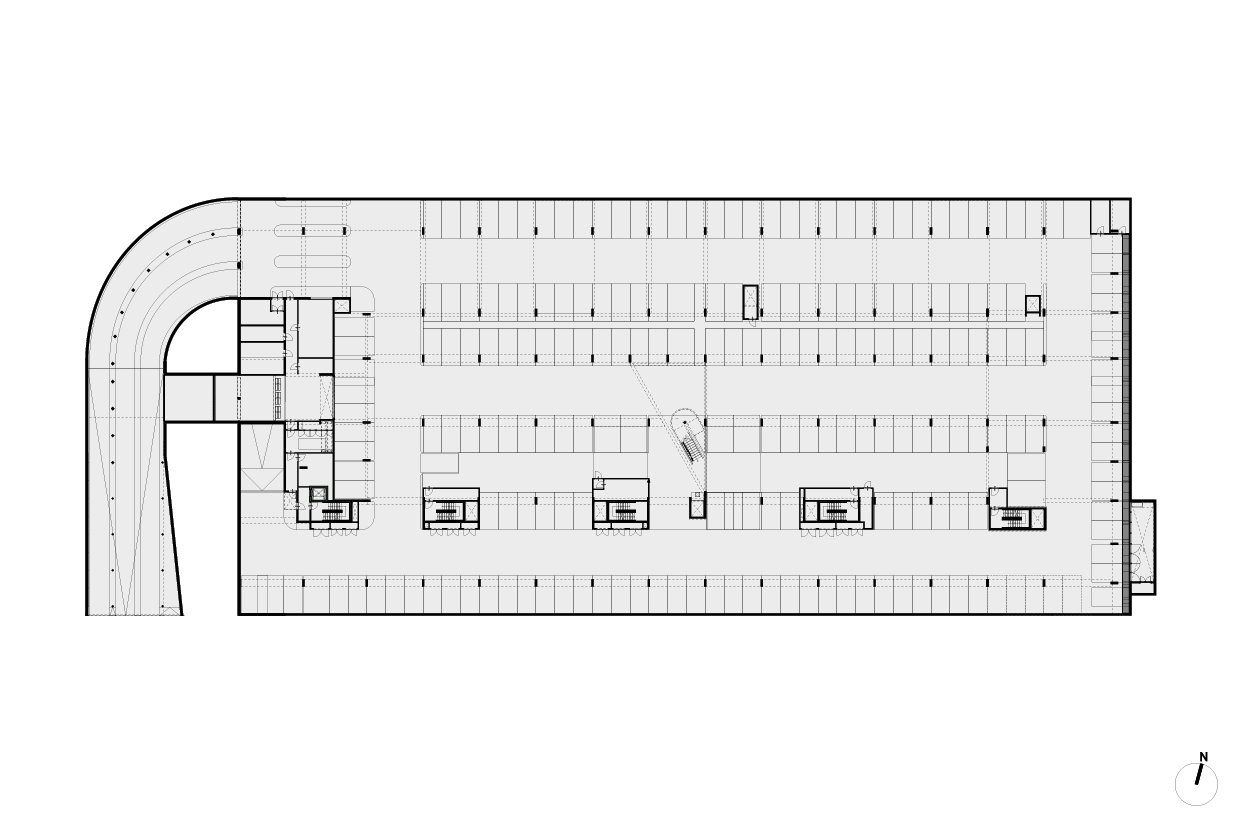 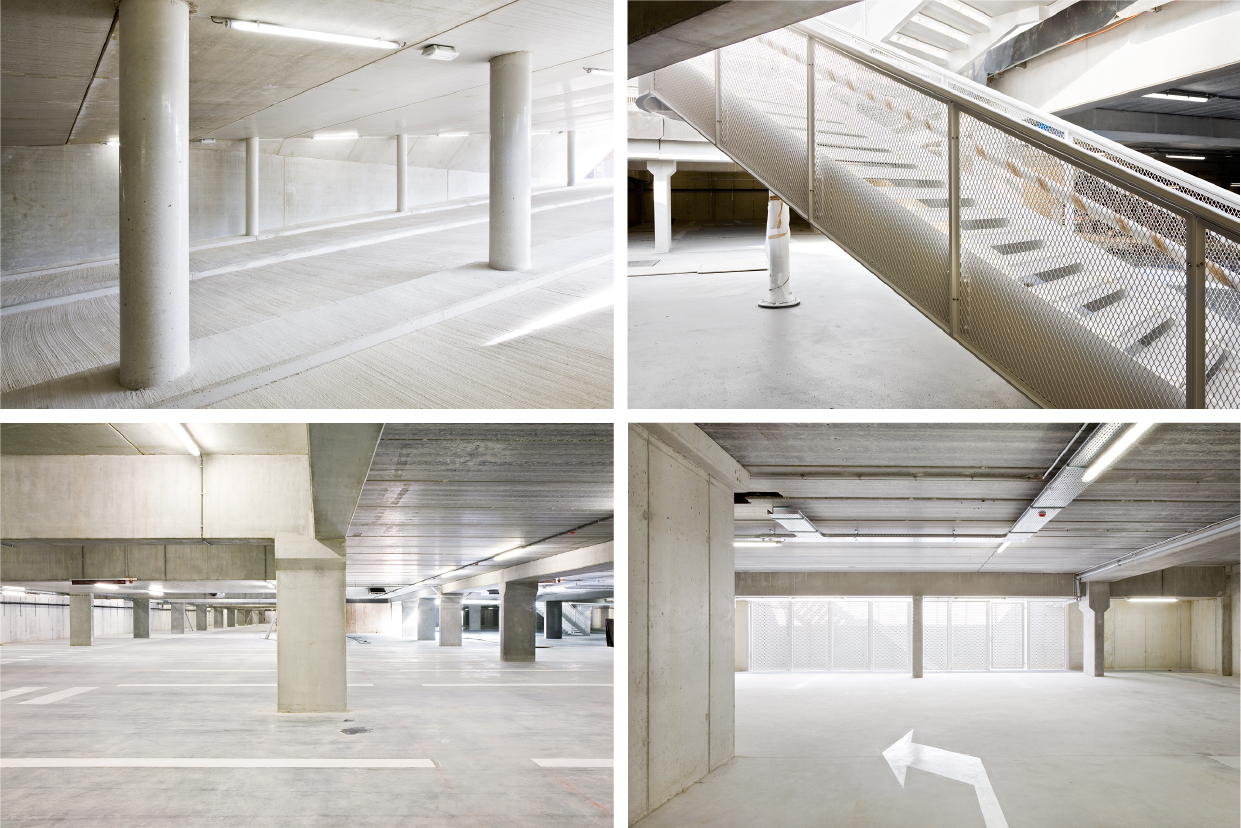 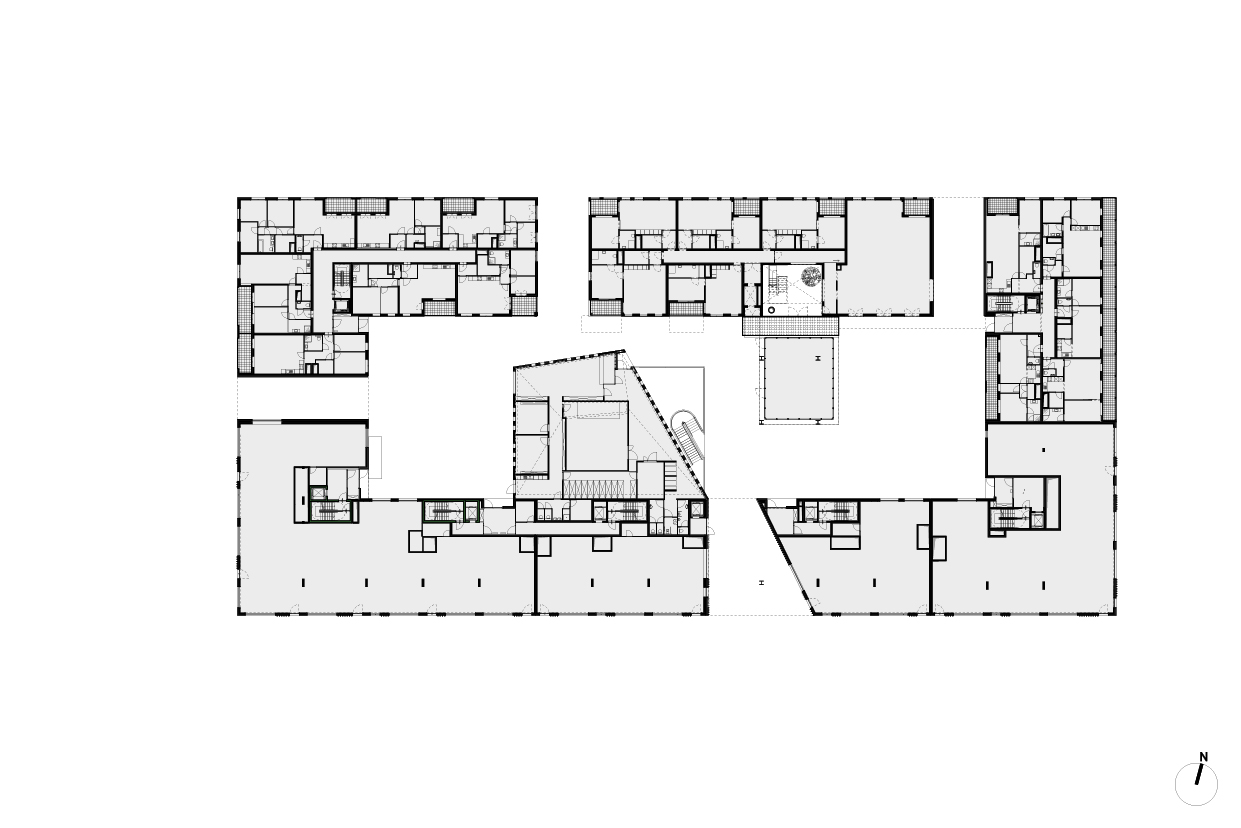 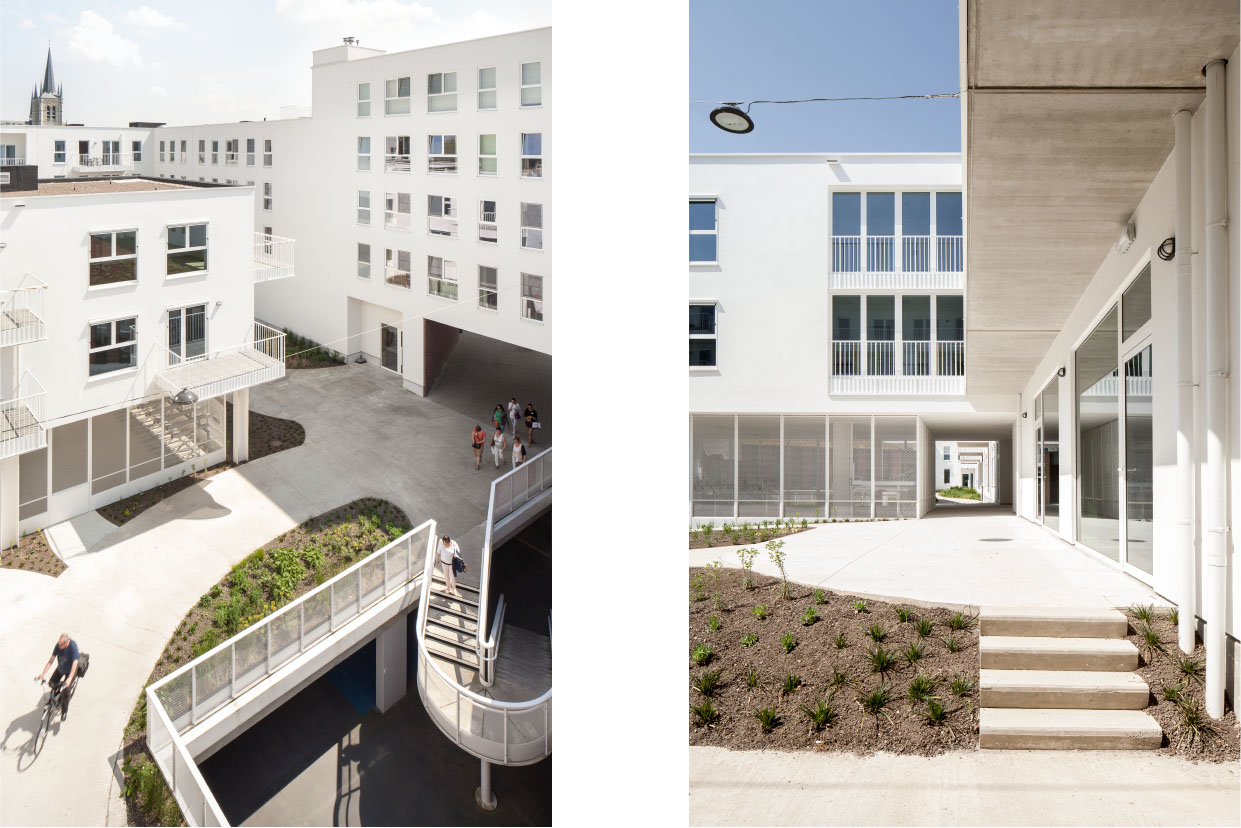 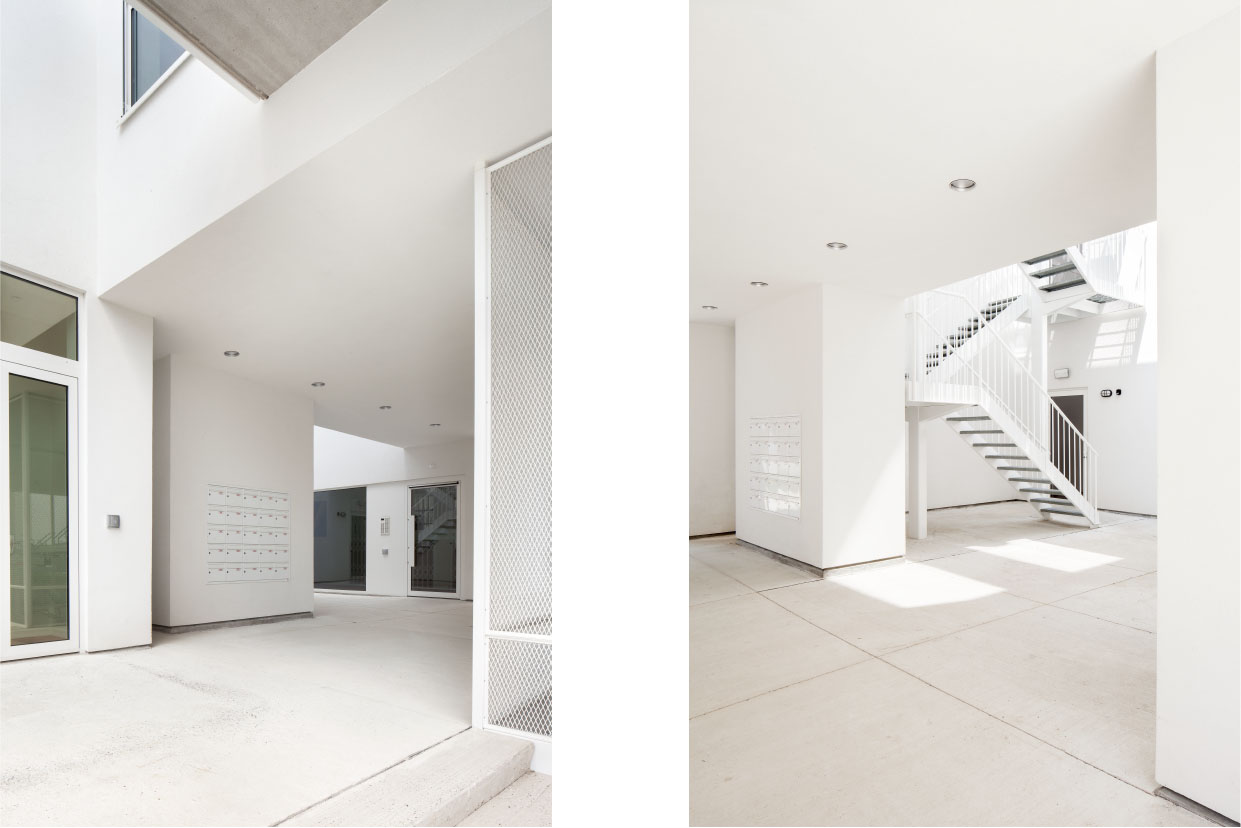 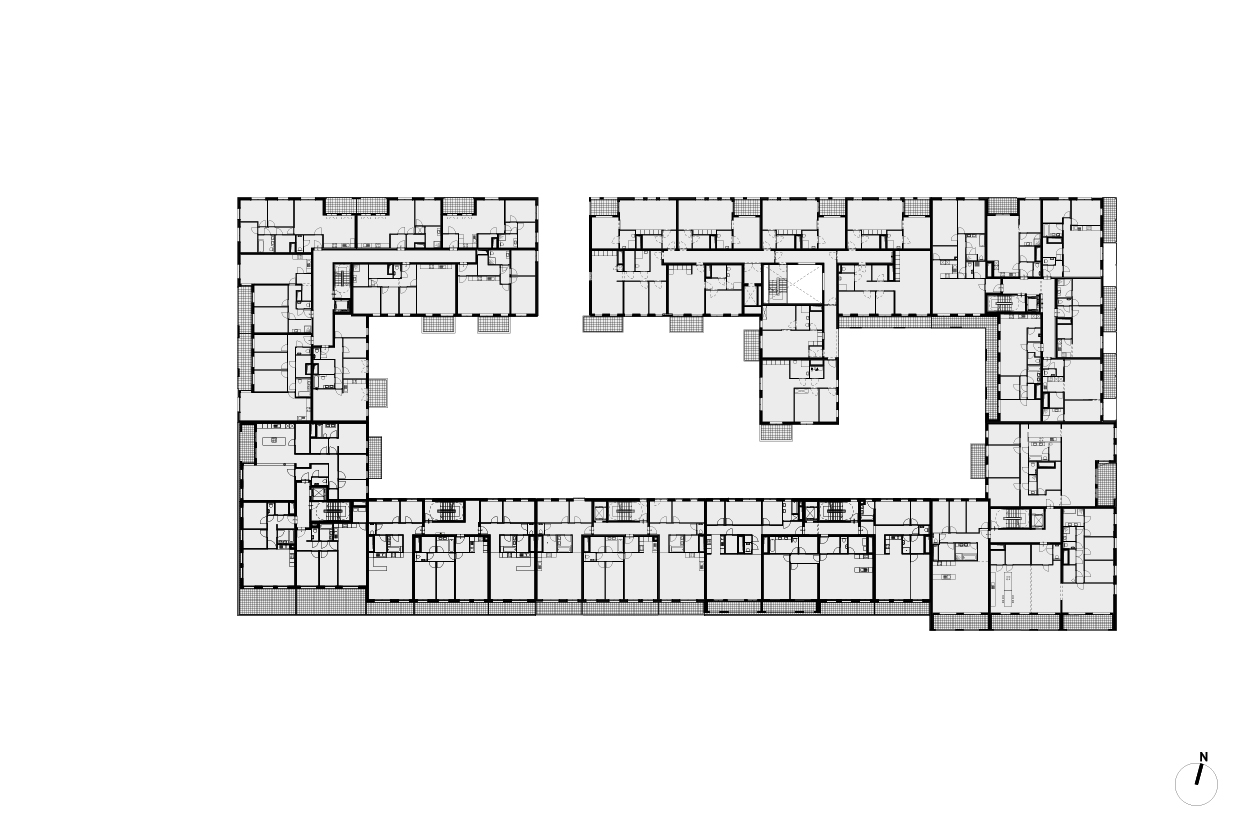 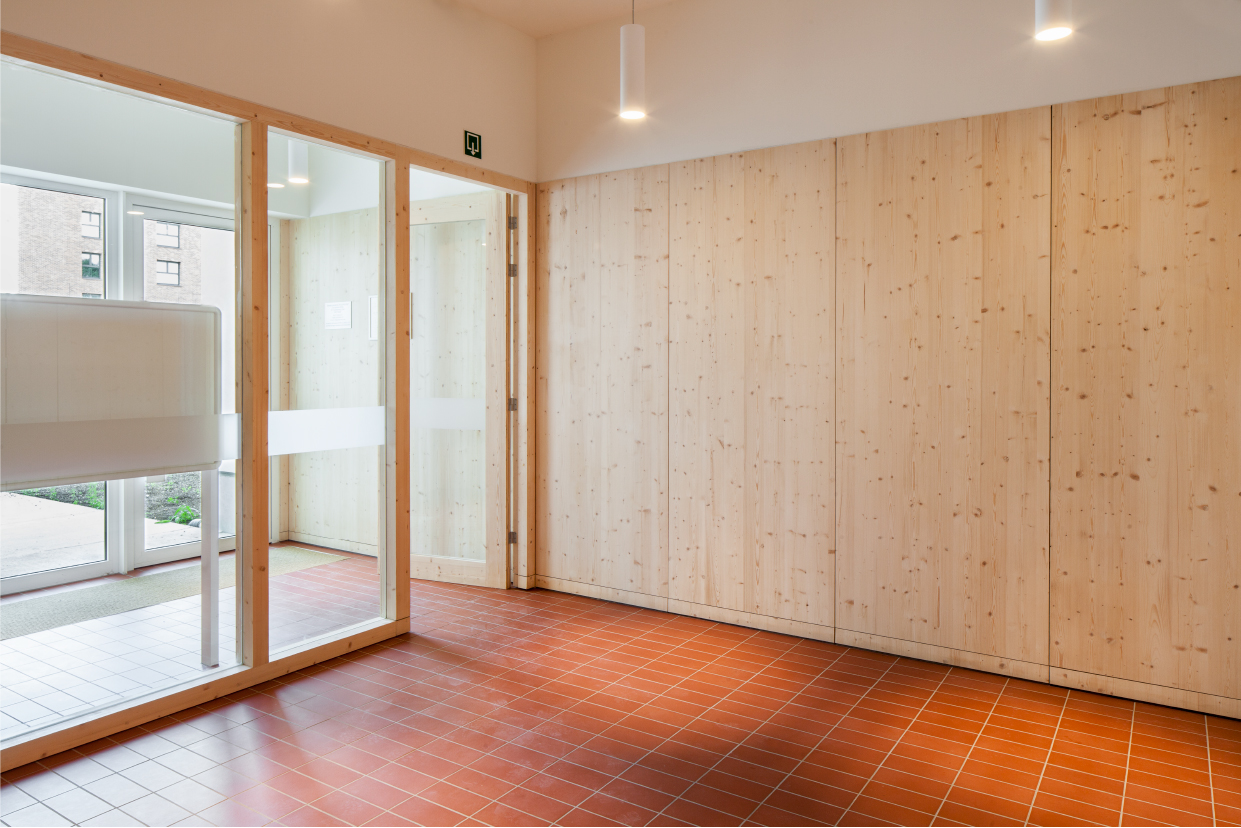 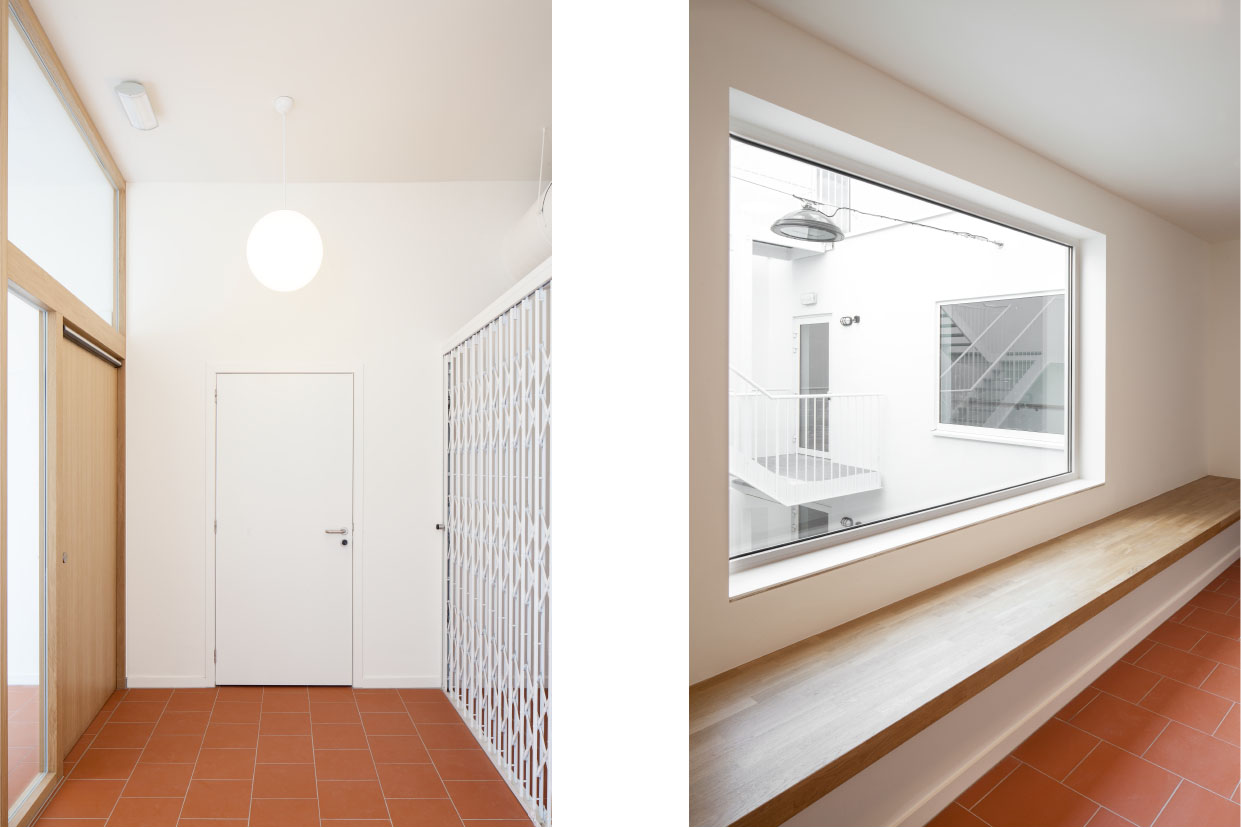 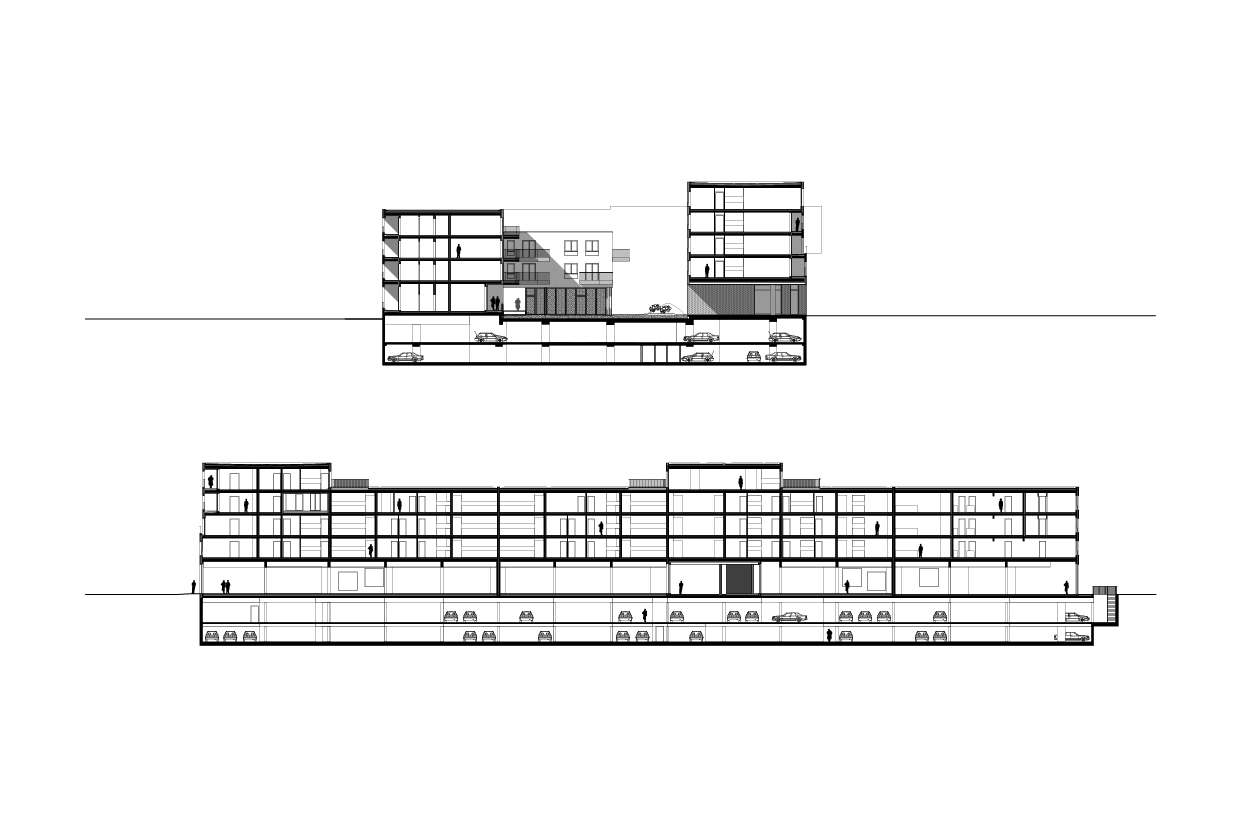 The centre of Geel is characterised by a mixture of building scales and residential typologies, traversed by an intricate fabric of passageways and informal openings – the so-called “postman paths”. In the framework of an urban renewal project, the Ecodroom development endeavours to add structure to the city centre without undermining its individual character.

Ecodroom consists of a composed and private block around a public courtyard garden. This reversal is the essence of the design. The public character of the courtyard garden is further reinforced by the presence of the new justice of the peace court – which stands like a pavilion in the garden – which is connected to the entrance and exit of the underground public car park and the entrances to the residential buildings.

The block is composed of several buildings which display a large degree of architectural coherence. On the side bordering the Werft – the main access route to the city centre – the buildings share a robust plinth which accentuates the length of the Werft and forms a clear framework for the gardens and buildings of the adjacent cultural cluster. By virtue of this plinth, the buildings adapt themselves to the scale and size of the immediate environment. At the back of the block, the buildings share the grounds of an existing social housing building. Here, the buildings simply stand on the ground and are smaller in stature.

The block comprises a variety of low-energy residential units from compact studios to mid-size and large apartments, social housing and service flats. The typological mix consists of conventional flats with through-room and broad, single-sided apartments which maximise the view and orientation.

In reference to the large city blocks of the past, the exterior of the block is constructed with uniform materials and detailing. The brick and deep texture contribute to its formal and robust character. On the side of the public garden, the façades are materialised as a light and smooth interior, in stark contrast to the bucolic nature of the garden and the public aspect of the court building. In the same way in which the volumetrics play on the boundaries between public and private, the materials toy with the transition between inside and out.