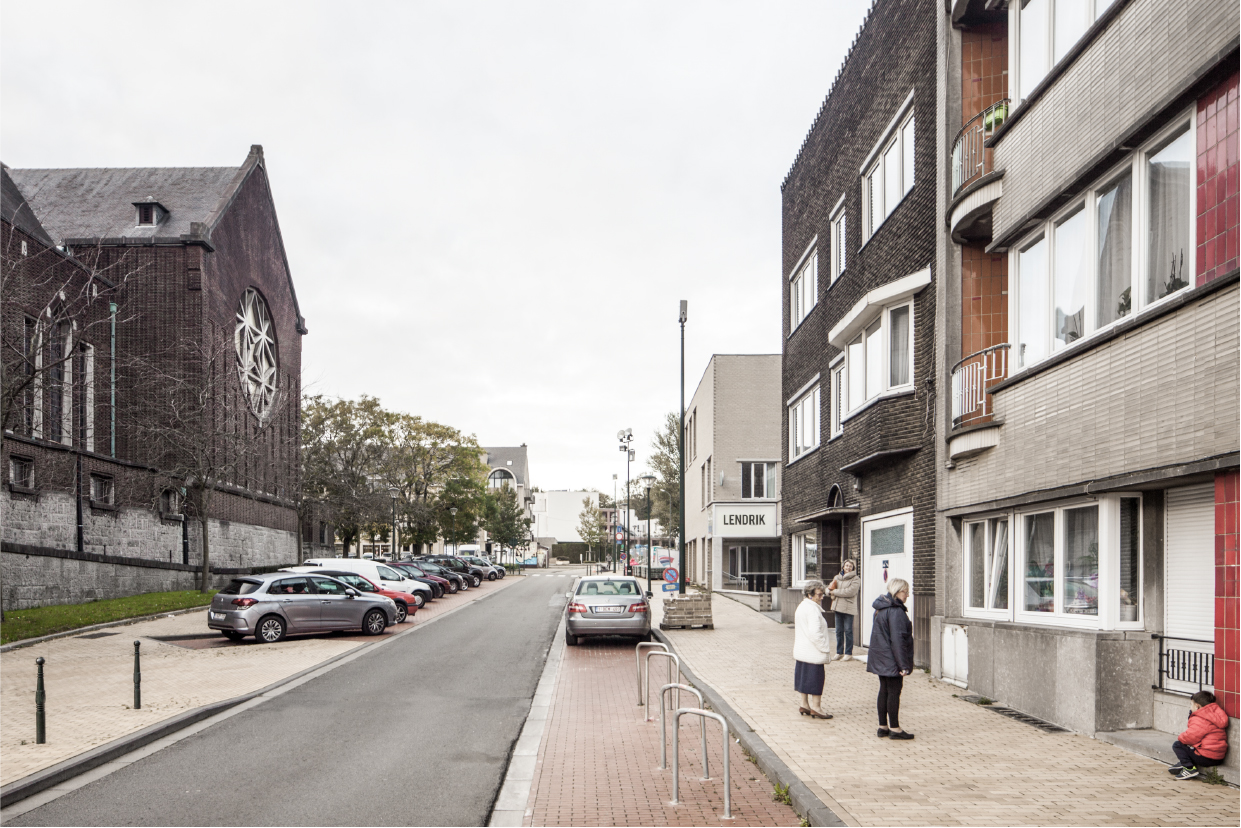 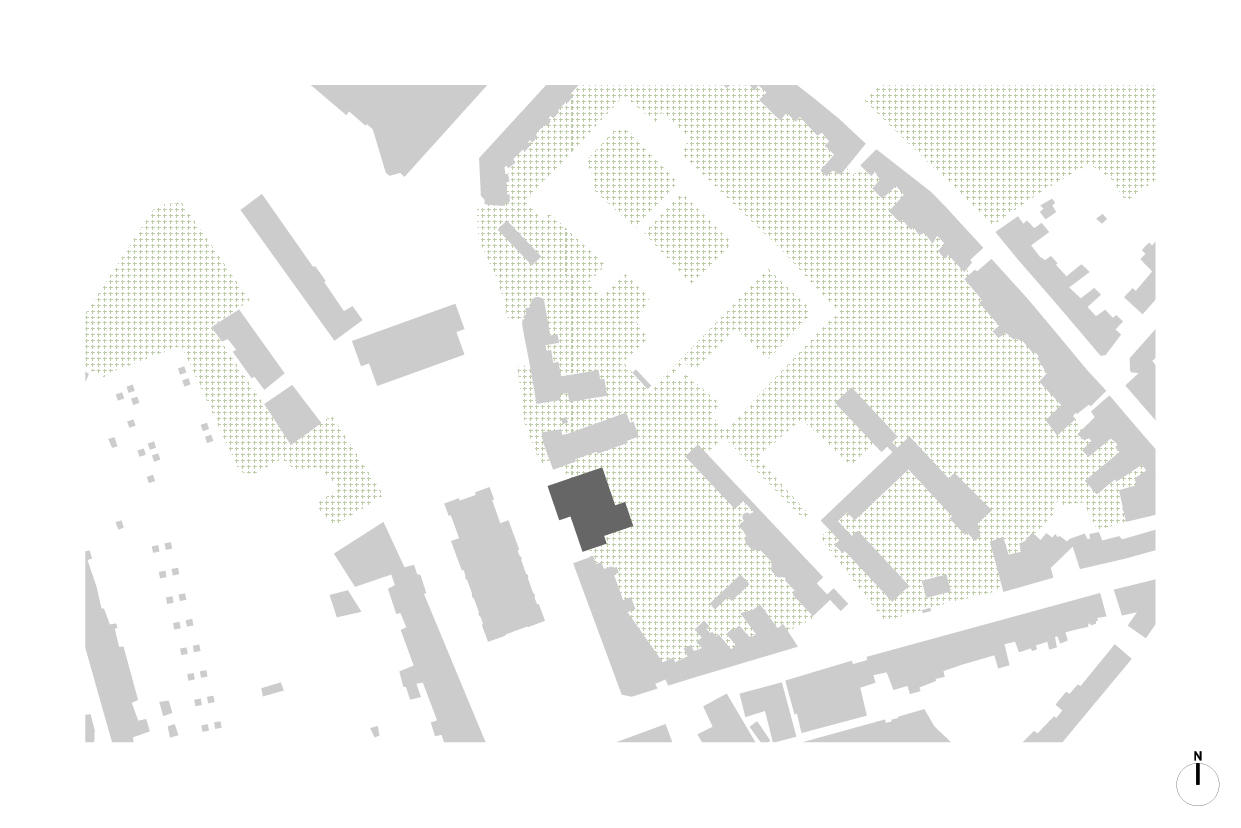 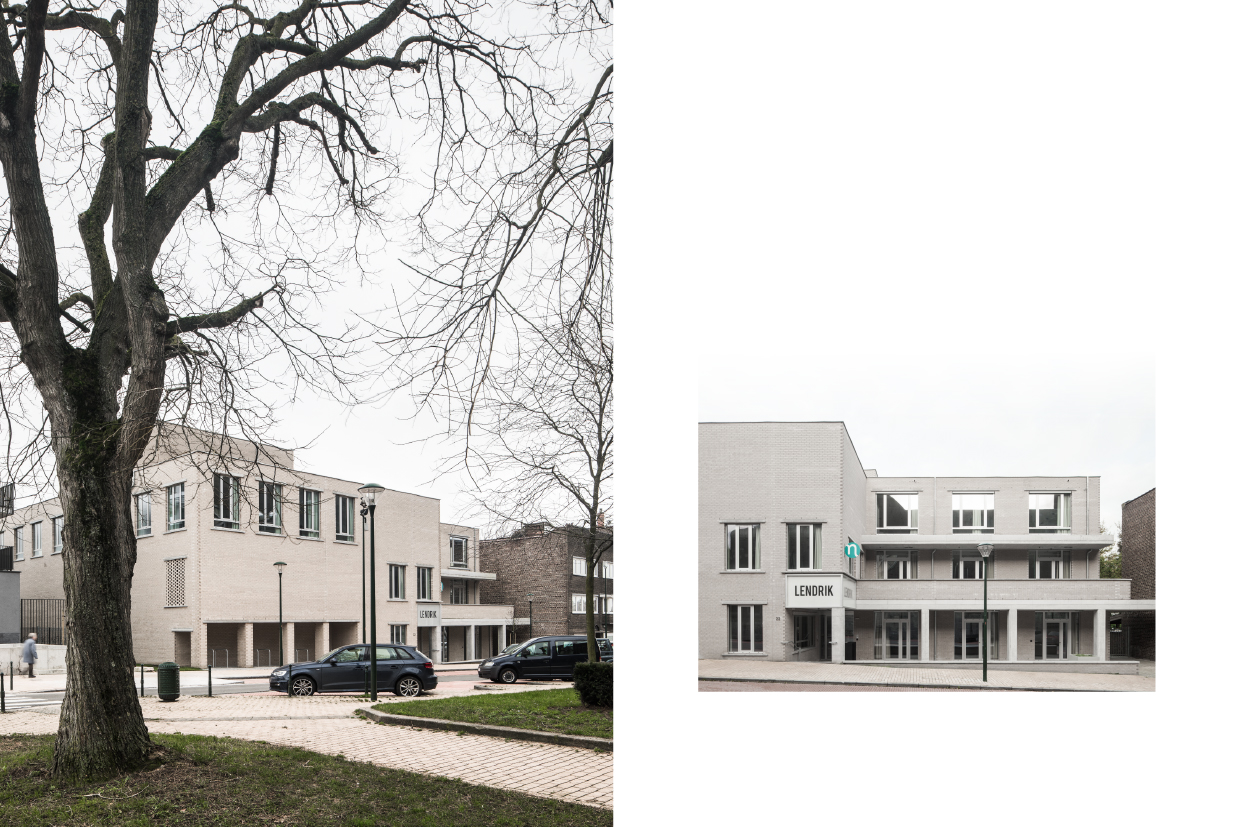 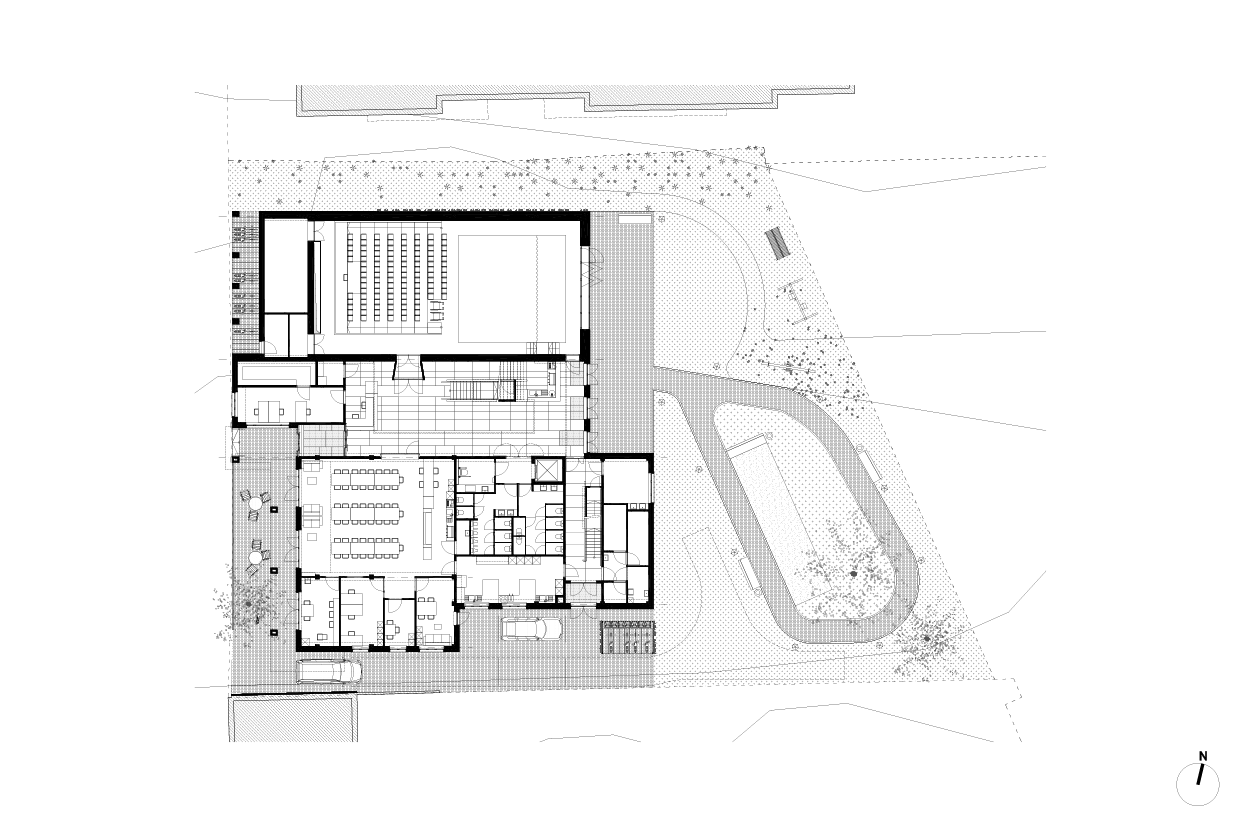 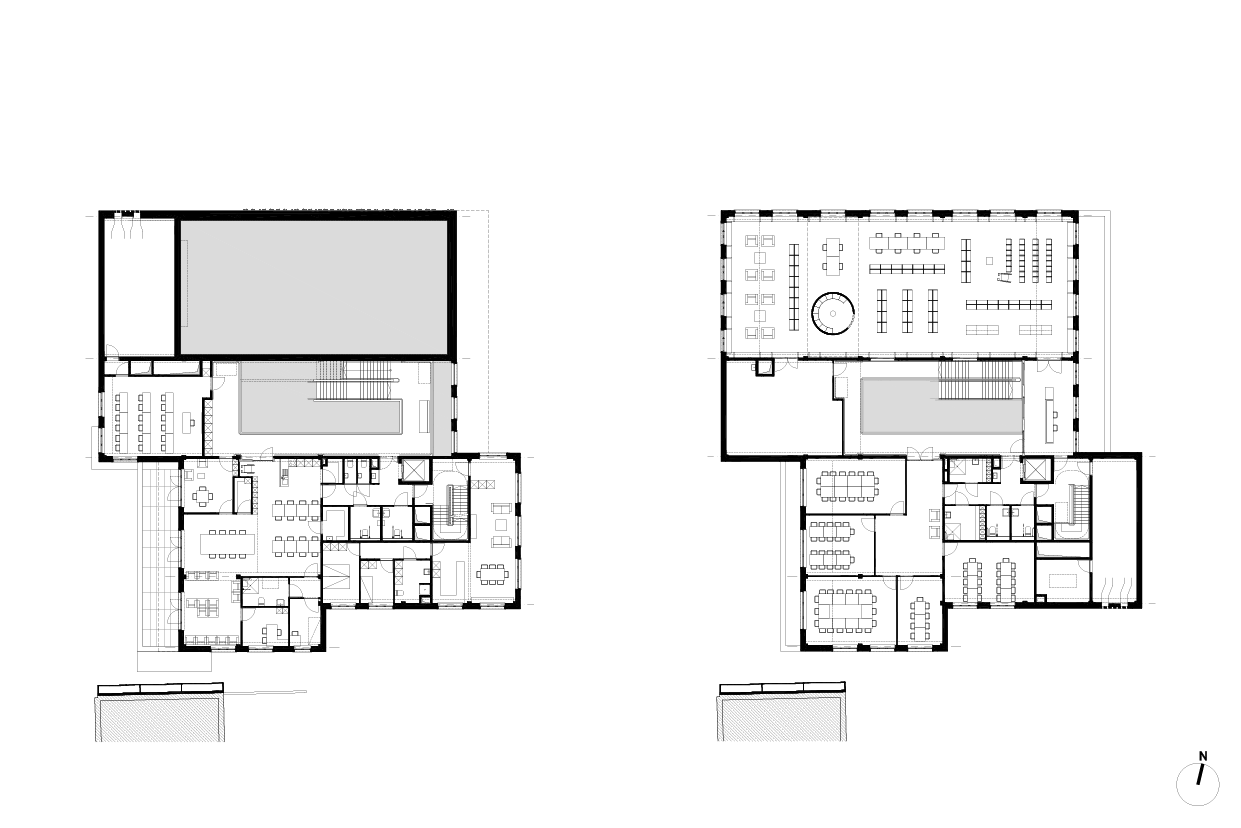 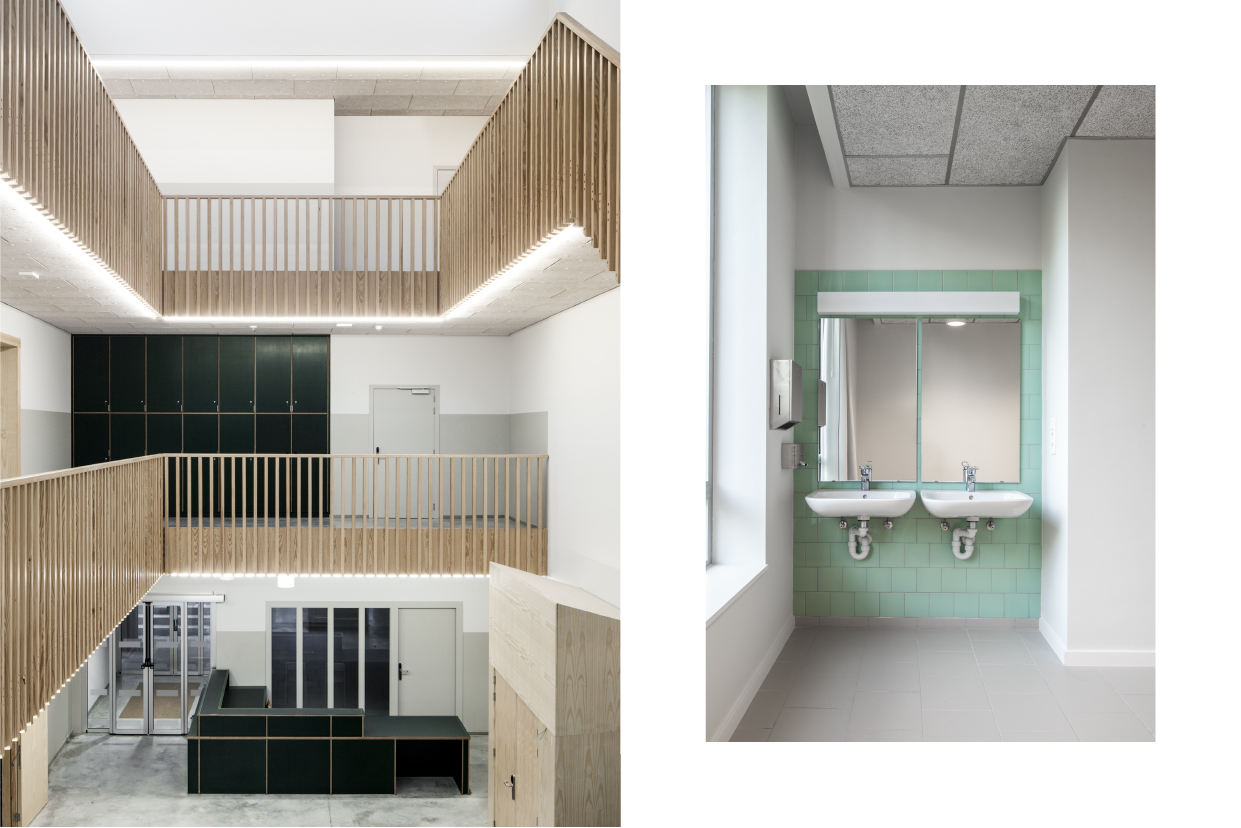 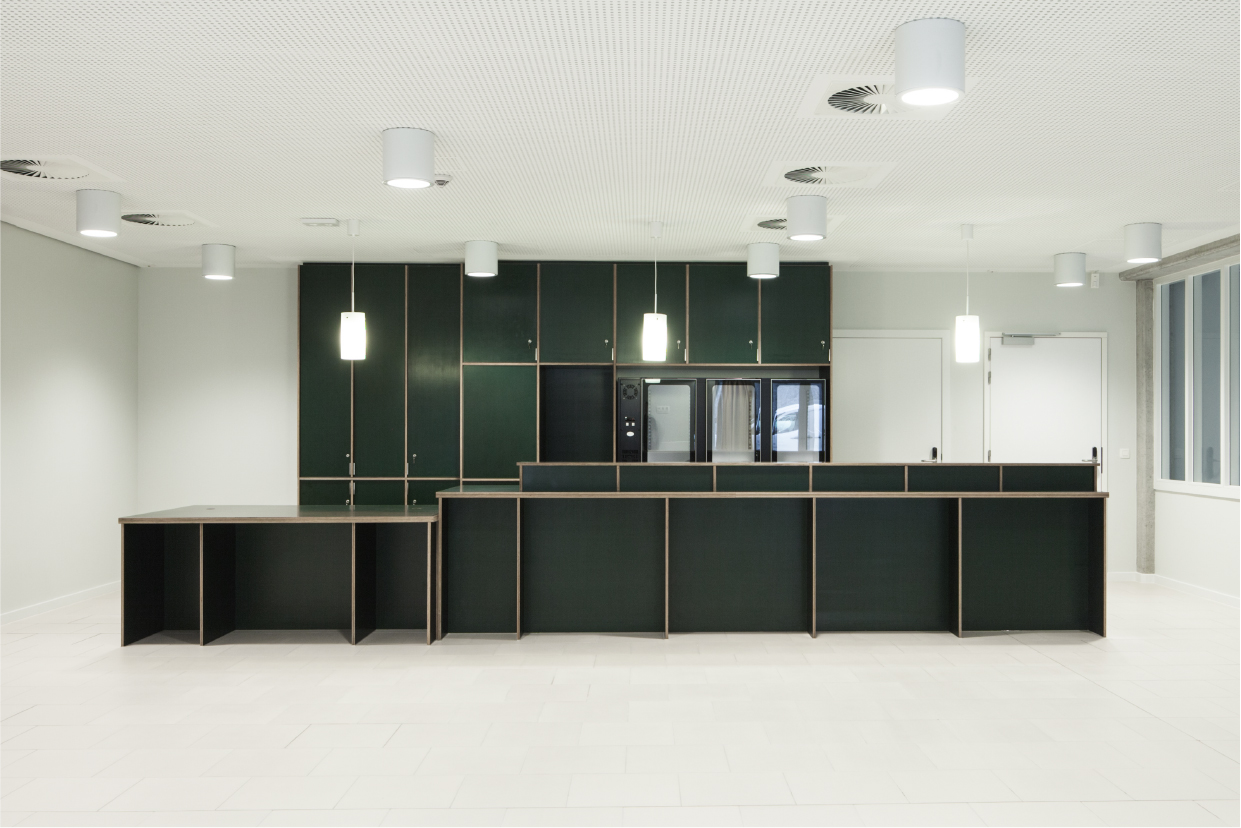 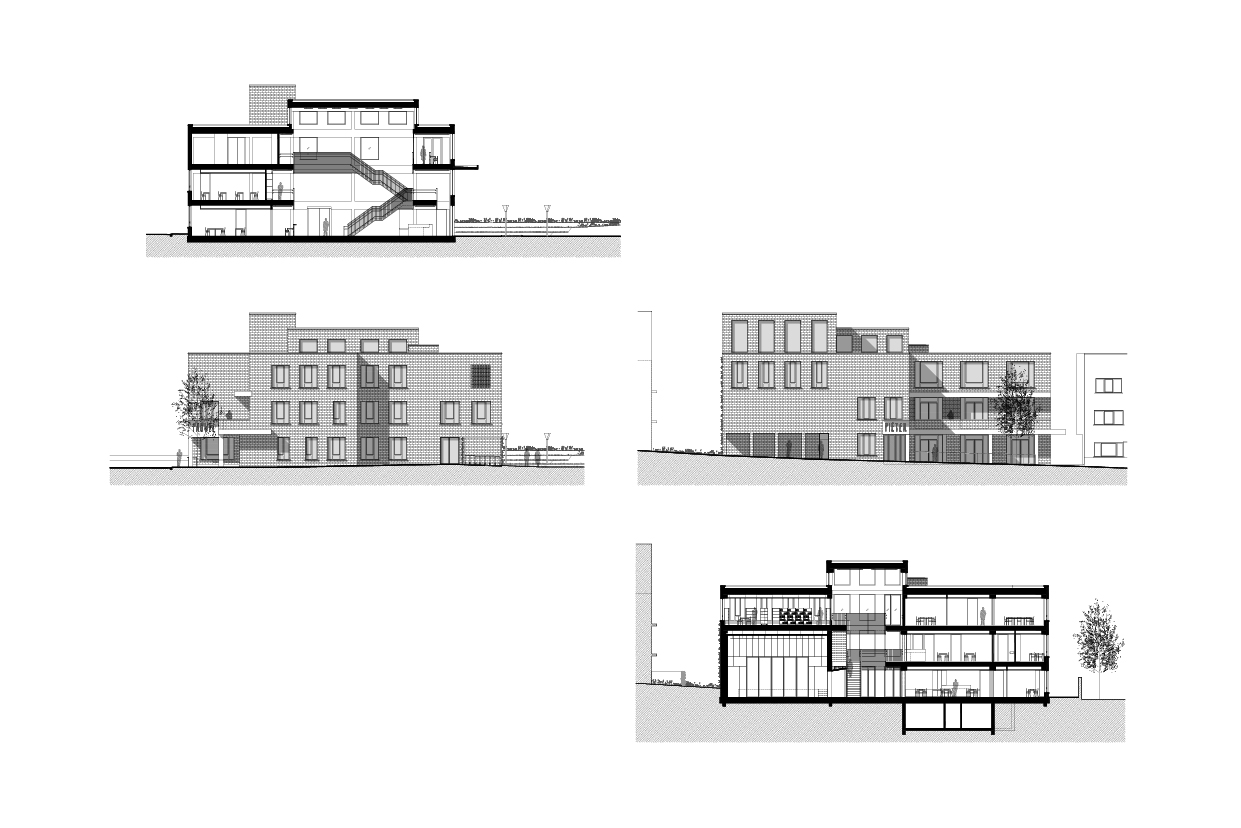 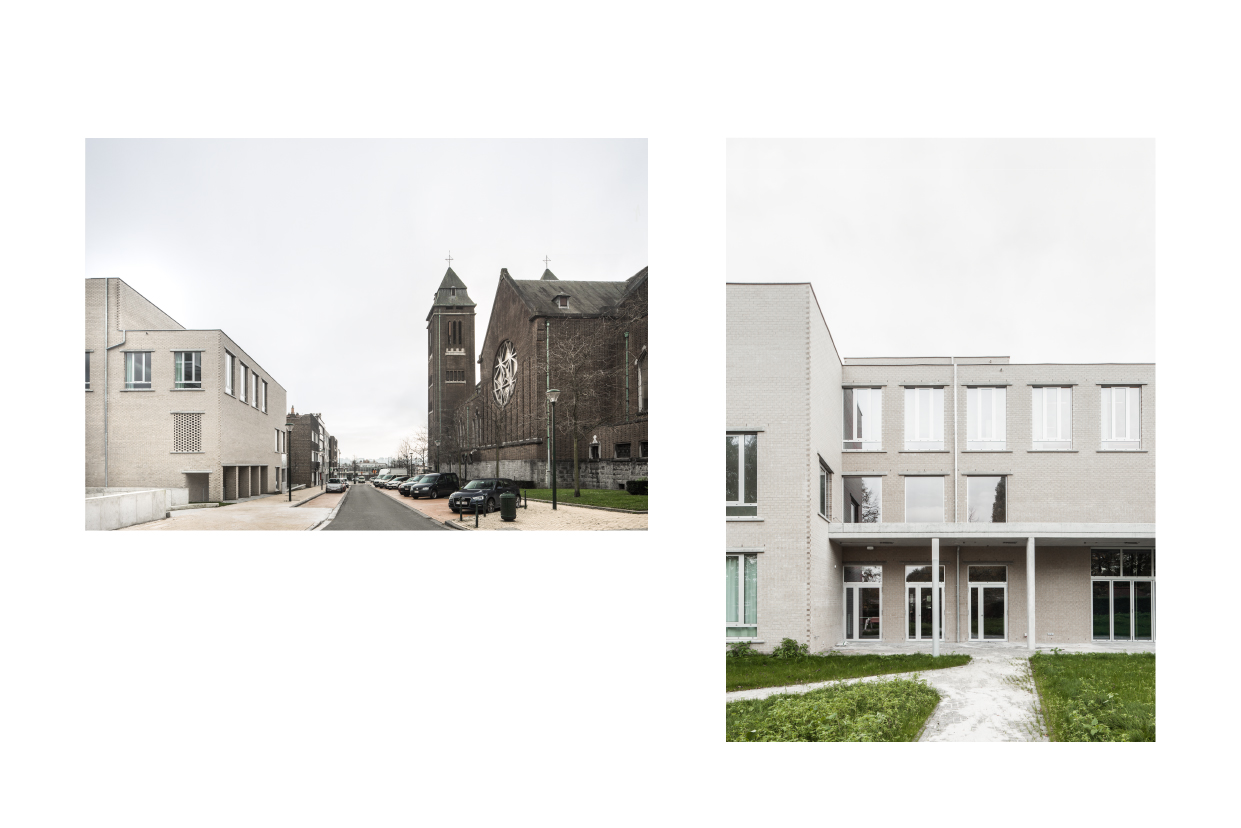 An extension of the transept, as it were, of the church of St. Peter and Paul in Neder-over-Heembeek, the planned community centre is an initiative of the Flemish Community Commission together with ADO Icarus and the City of Brussels. This collaborative project comprises a predominantly public programme including a performance hall, a local services centre, a community centre and a library.
Such public functions are conventionally organised alongside one another around a public space such as a town or city square. Each typically has its own front door and, depending on the specific context and requirements, each interprets the transition between public and private space, from openness to seclusion, in its own way.

Here, however, the combination of the requested programme, the available space and the existing urban contours necessitated a more compact "stacking" of the respective programme elements. A central foyer takes over the role of the public square and positions itself in between the public character of the street and the privacy of interior space, thereby ensuring a clear and legible address for each programme component at the street level. In other words, each programme component is visible at a glance from the foyer.

The building integrates itself into the immediate surrounds by adopting the dimensions of the residential buildings in the street. By nevertheless detaching itself from the adjacent buildings, it attains the autonomy that reinforces its public character.
Both the programmatic diversity and its cohesion are expressed by the volumetrics and rhythm of the façade. The figure is composed of blocks, with a programme cluster as primary element, each with its own characteristic window size. The façades have a universal and equitable character, without being entirely uniform. The façades facing the street and the public gardens have a more pronounced, almost ornamental character, while the façades overlooking the private gardens of the left and right-hand neighbours have more modest overtones. These differences are realised within a homogenous material pallet which is applied by virtue of subtle variations in proportion and detail.
In this fashion, both the core and the shell of the ‘Pieter & Pauwel’ centre are bestowed the intimacy of a home and the commonality of a town square.