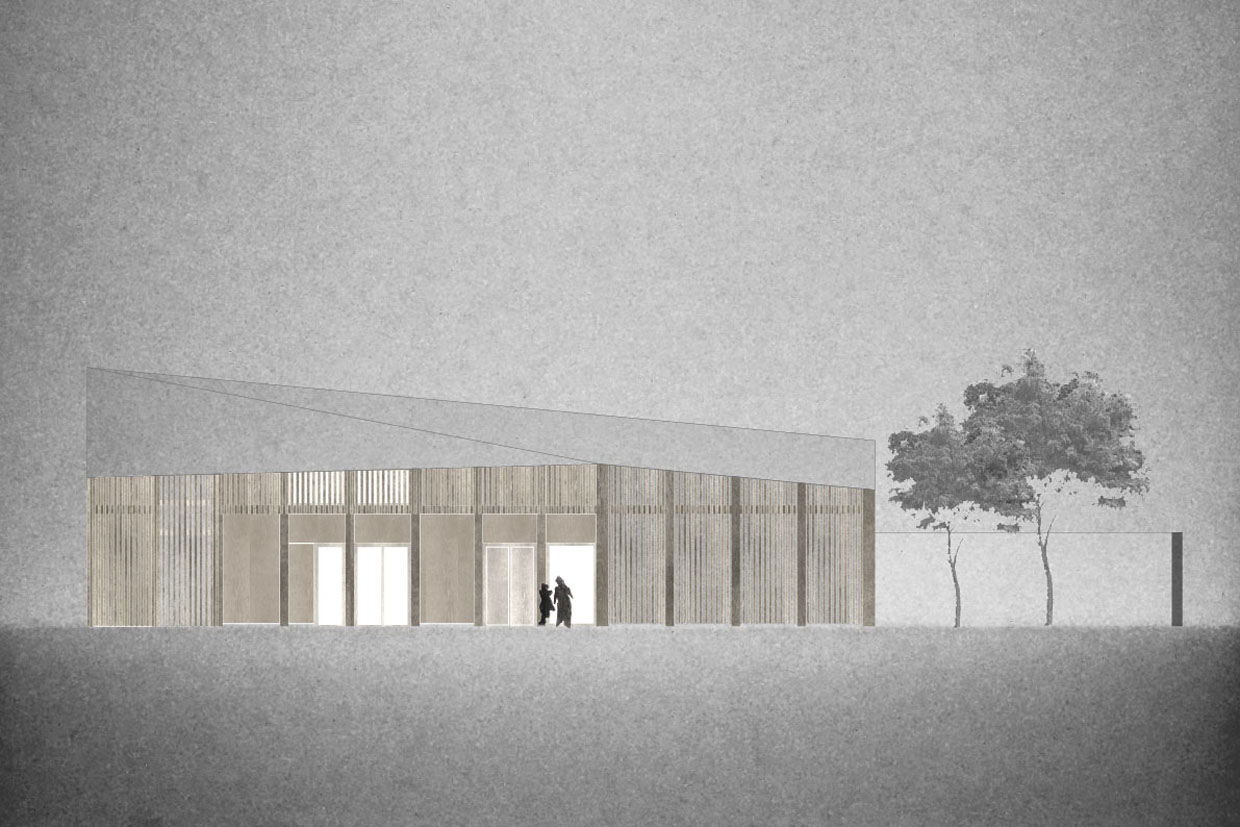 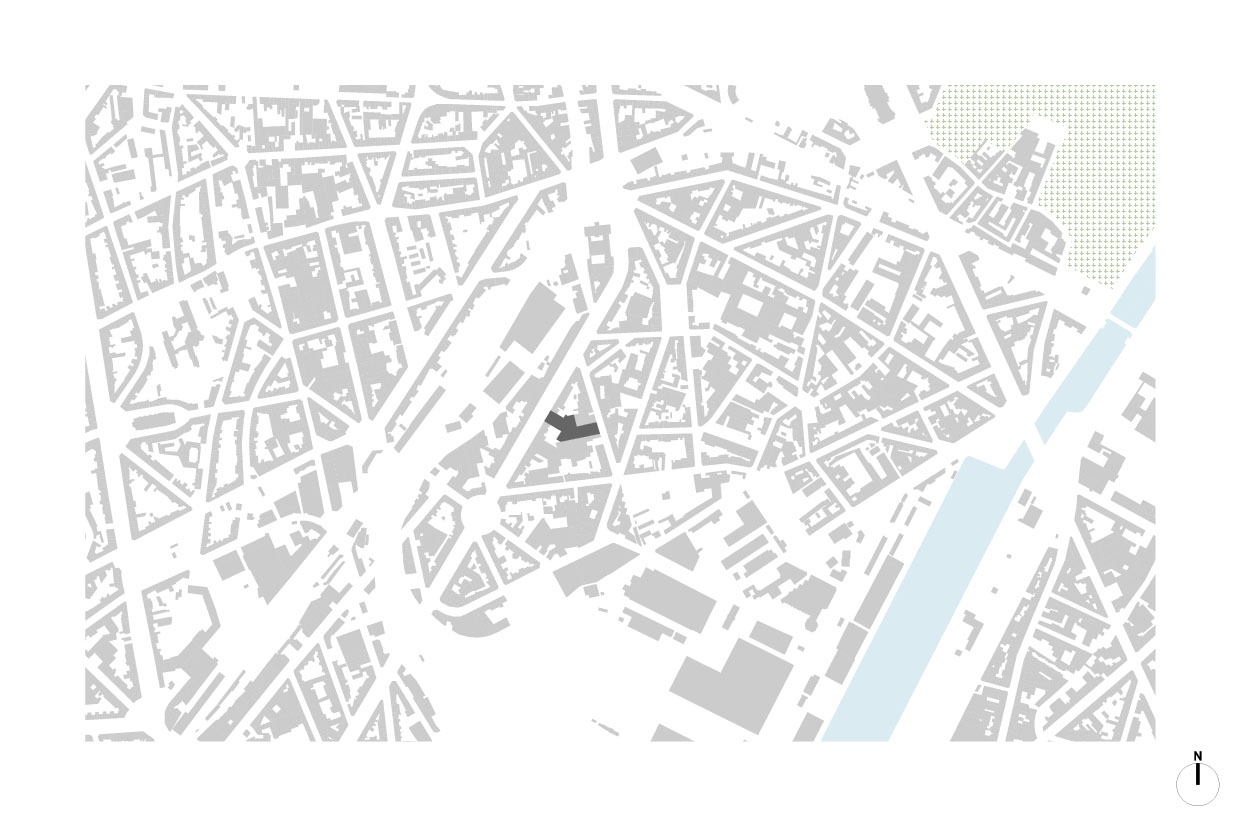 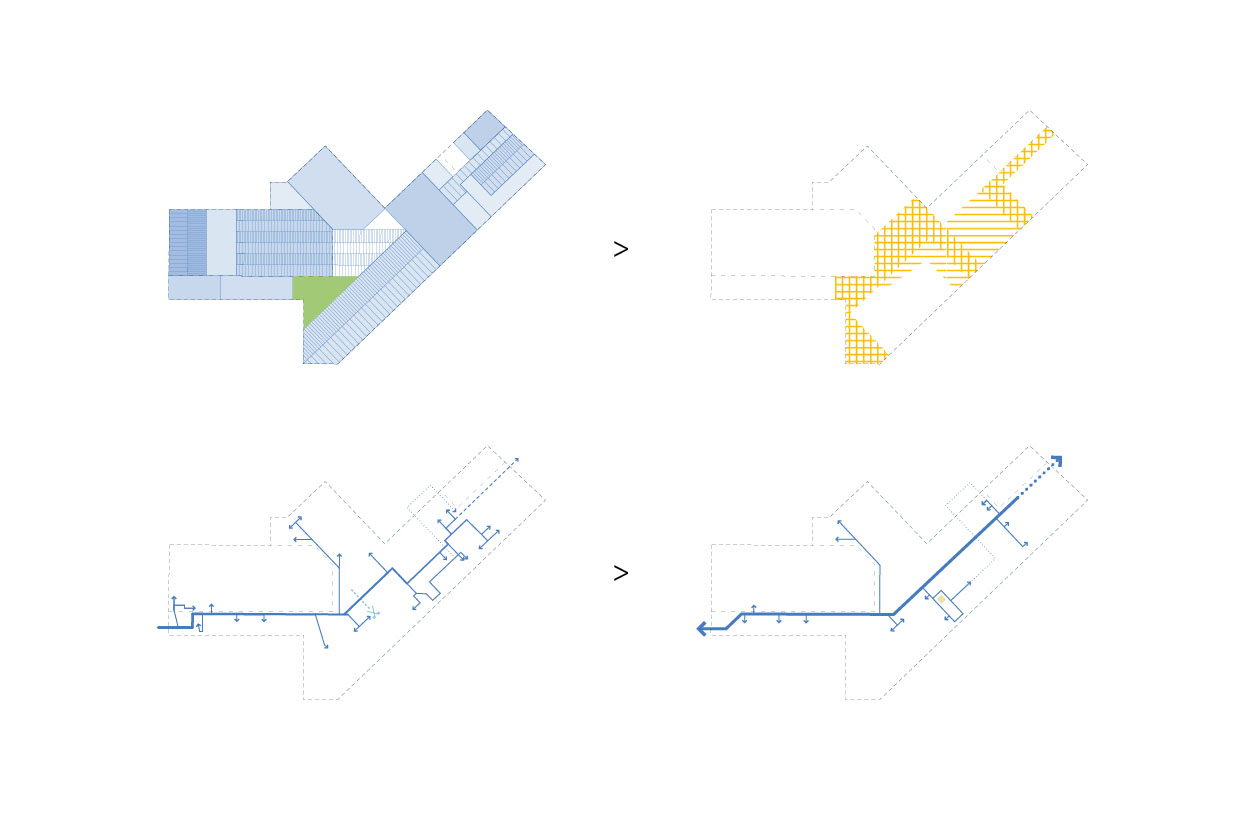 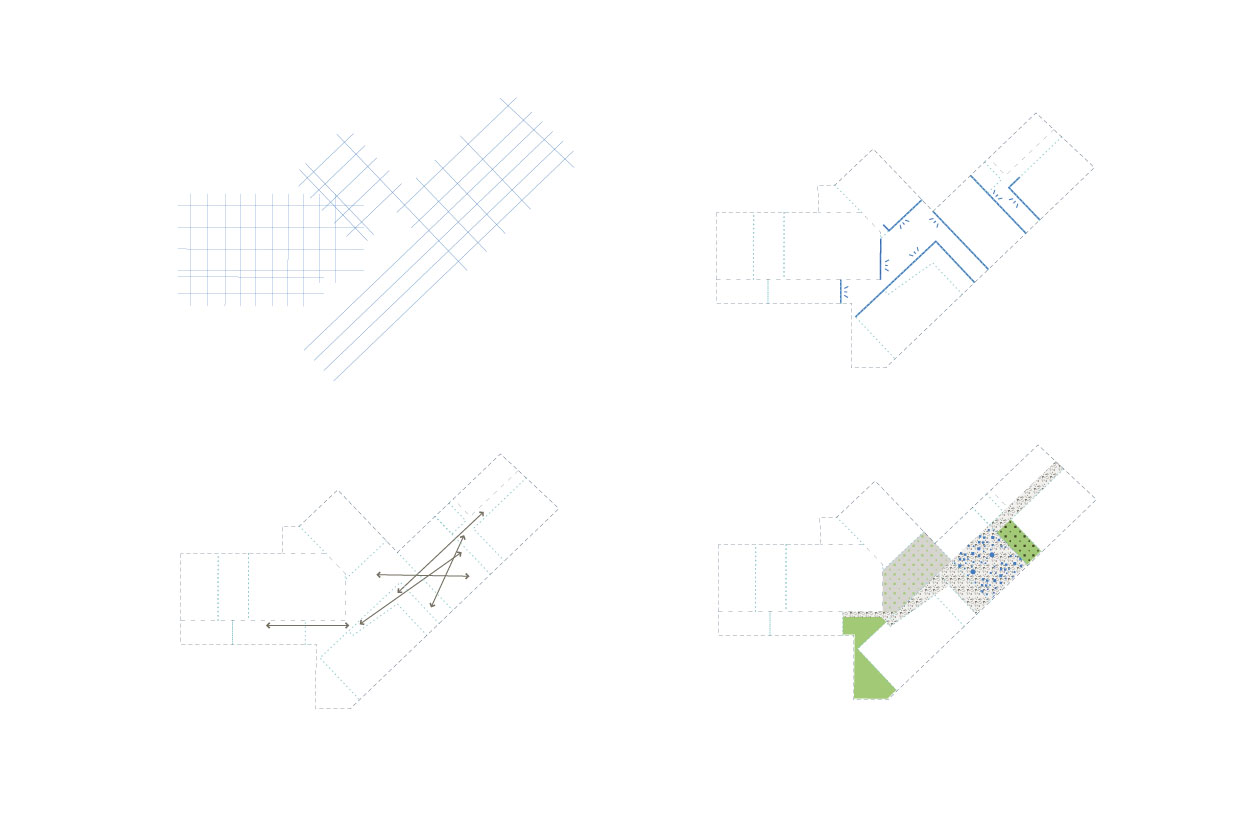 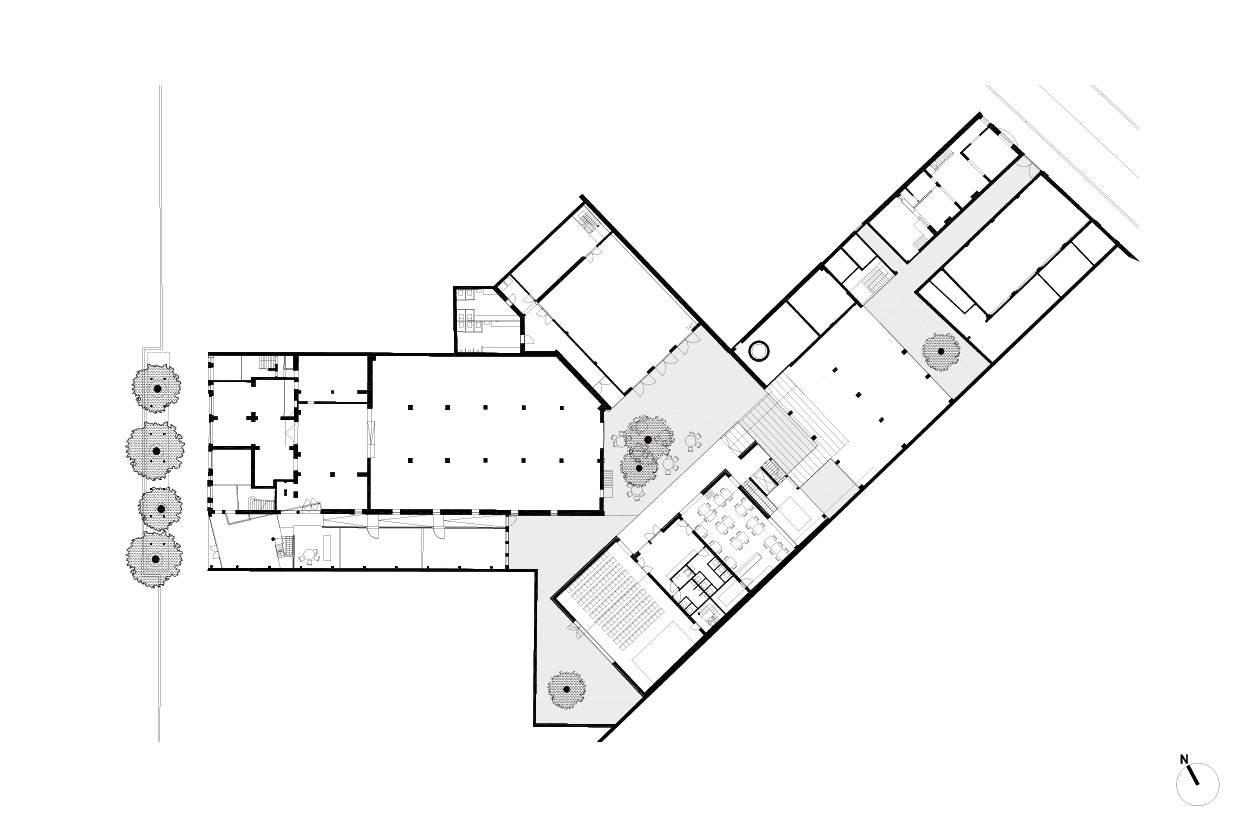 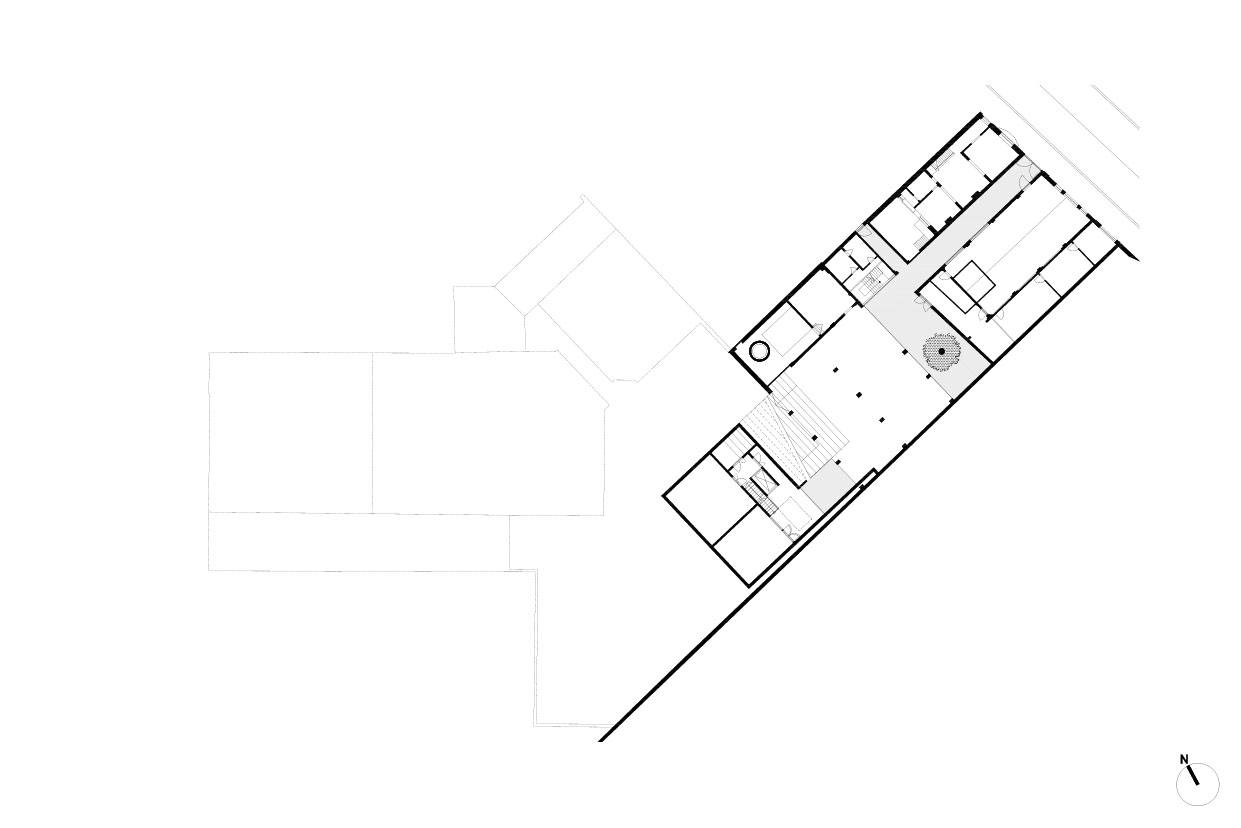 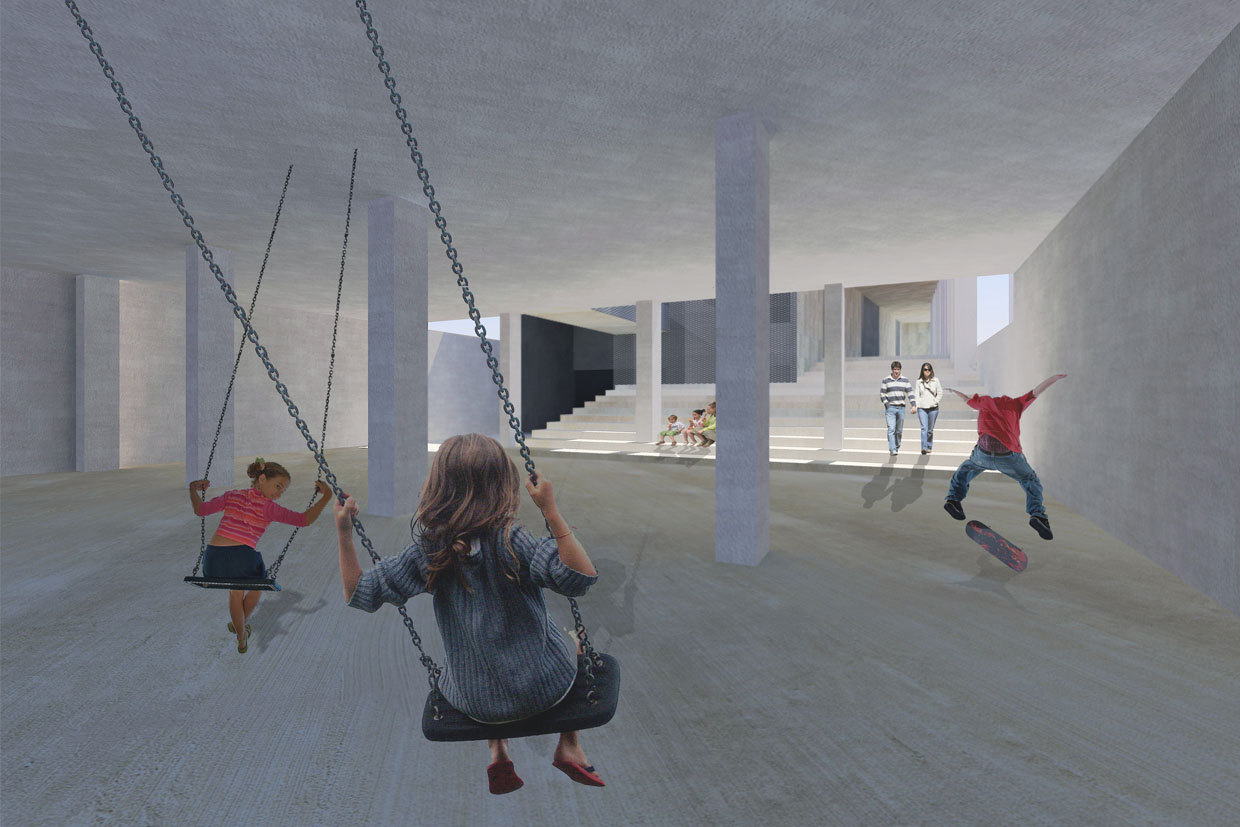 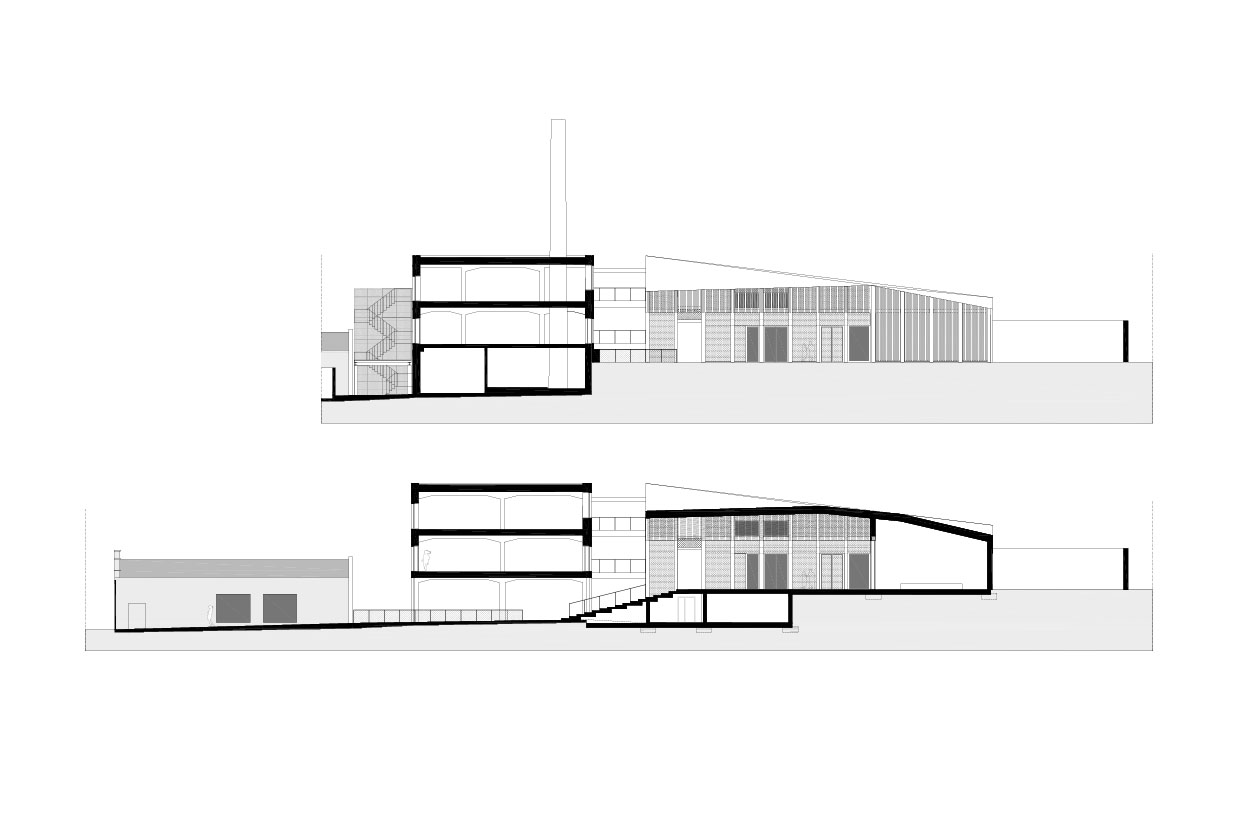 This project comprises the renovation and extension of an existing community centre in Brussels. The current situation is characterised by an amalgam of building types, a very unclear site layout, a lack of identity and poor physical condition of the buildings. In addition, the available space no longer meets the requirements of the centre and is in urgent need of improvement in terms of both sustainability and accessibility. The existing buildings will, in the future, become low-energy buildings while all new buildings will be constructed according to the passive-solar principle.

In unravelling the site, we clarify its historic structure and function. In so doing, we once again bestow the various remaining buildings with their own specific identity. We expose the height difference on the site and exploit it as an element which lends the site a sense of scale. At the same time, the thoroughfare between the two streets that border the centre is restored. As a result, the open space of the community centre is redefined as a coupling of multiple compact squares, each with its own specific volumetrics and programming.

In the middle of the site, space is allowed for the realisation of a theatre, café and rehearsal studios. This new building is constructed entirely of wood and alludes – by its form – to the industrial hangars typical of the inner zones of this part of the capital. The position of the building gives structure to the thoroughfare across the site and reinforces the public nature of the adjacent square, while creating an distinctive centrality on the site.