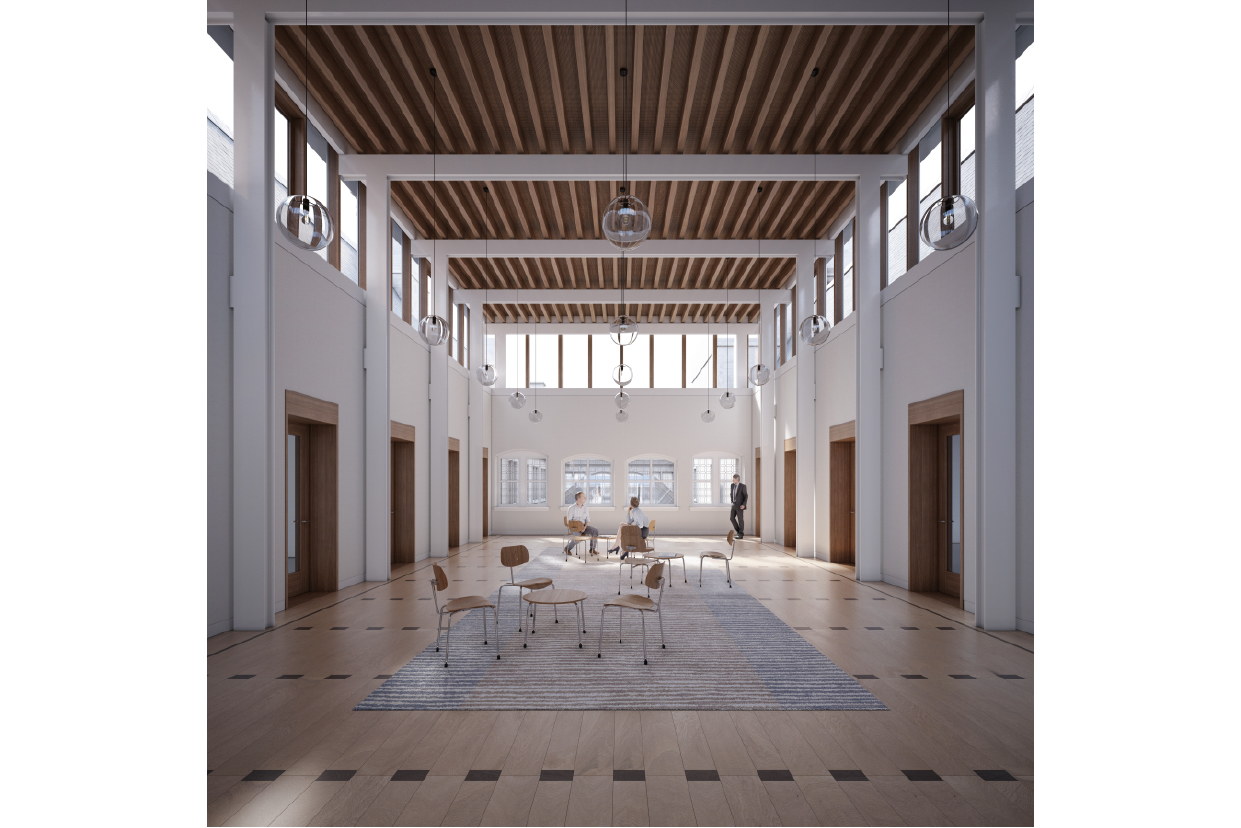 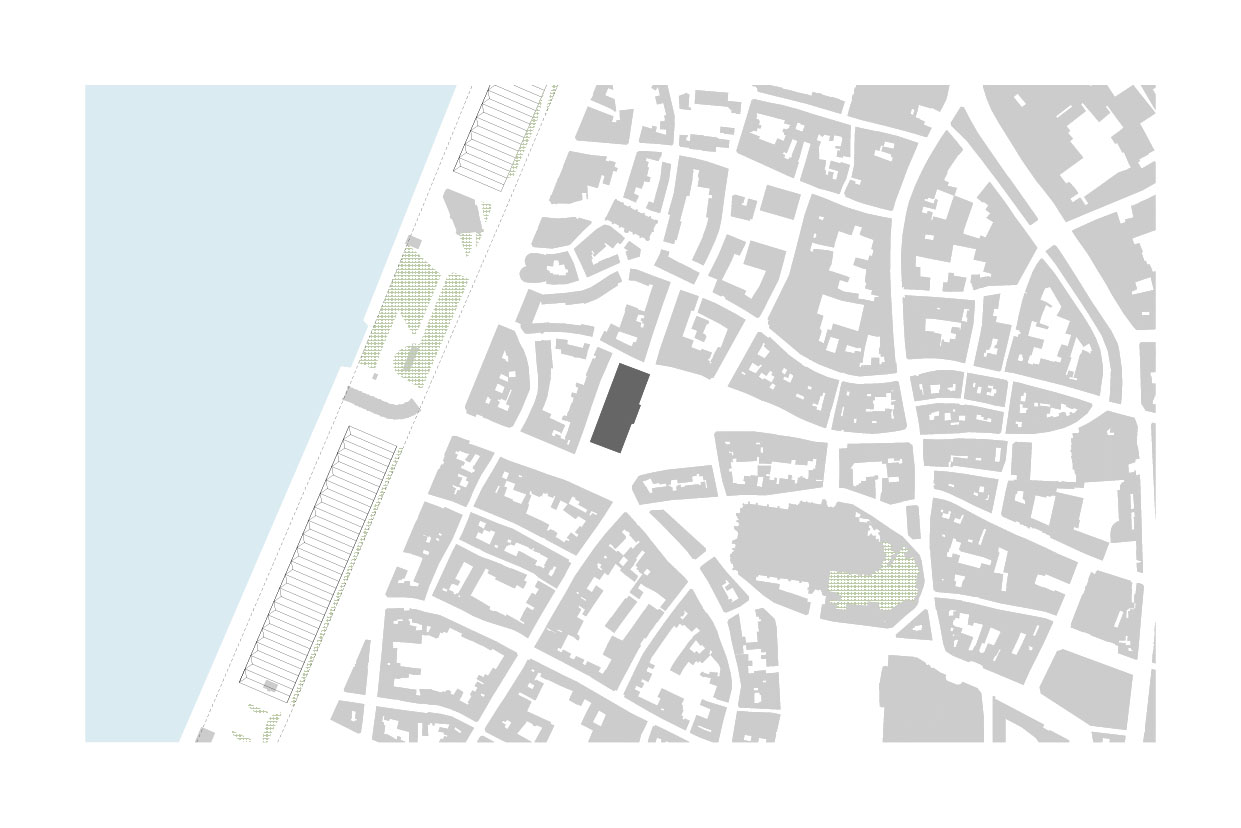 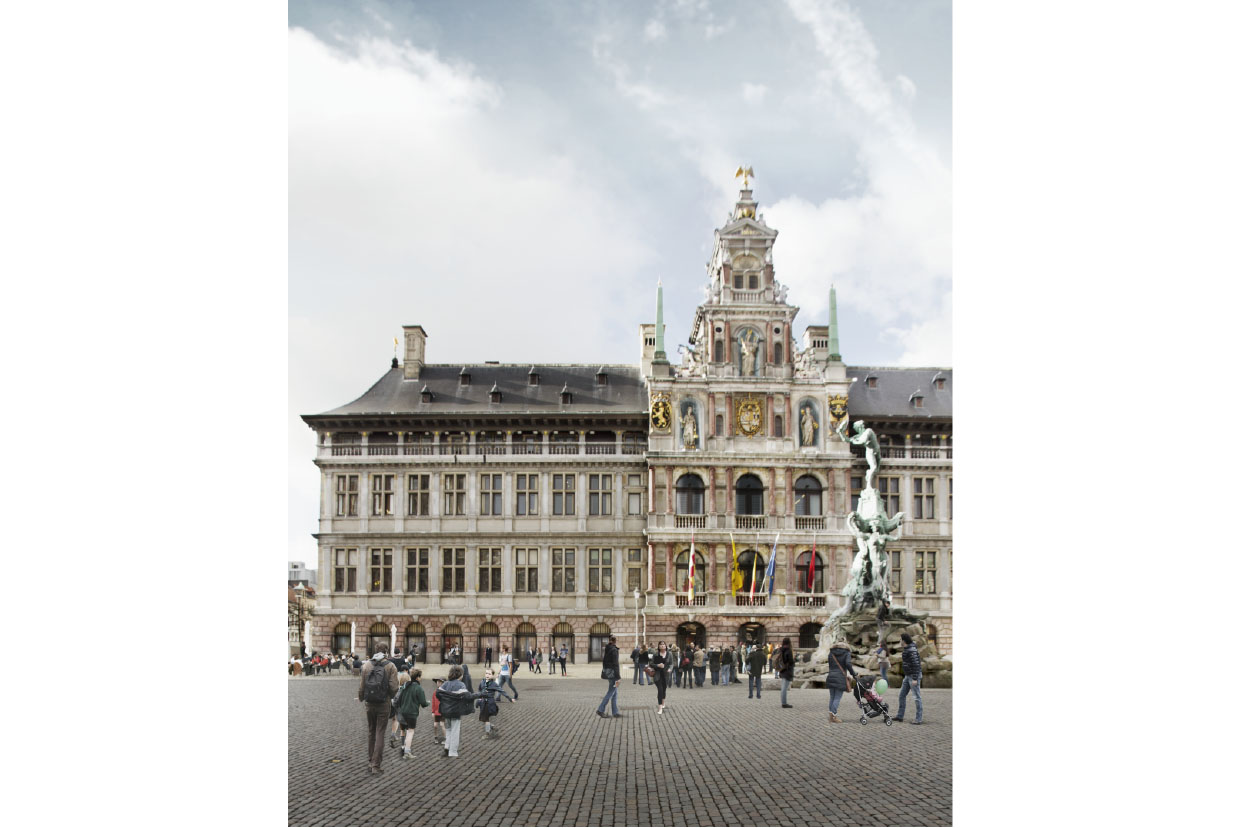 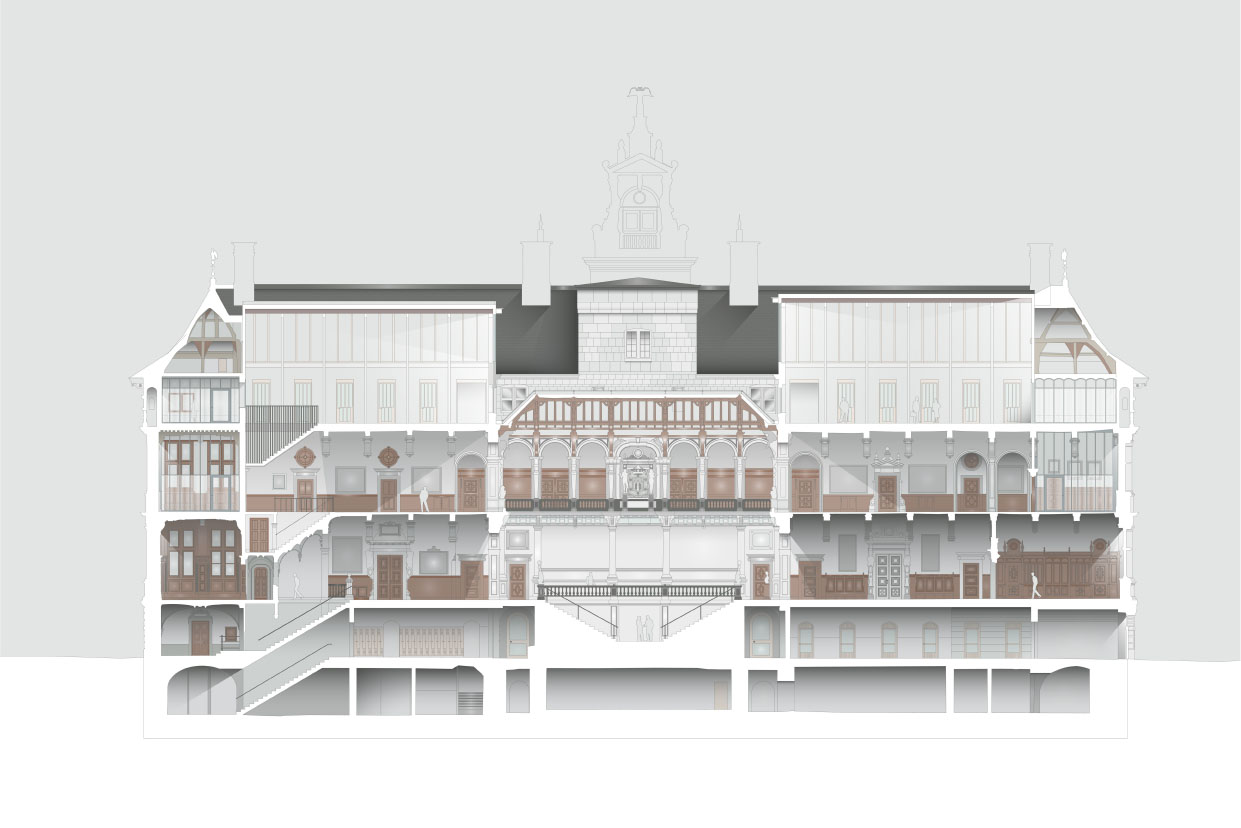 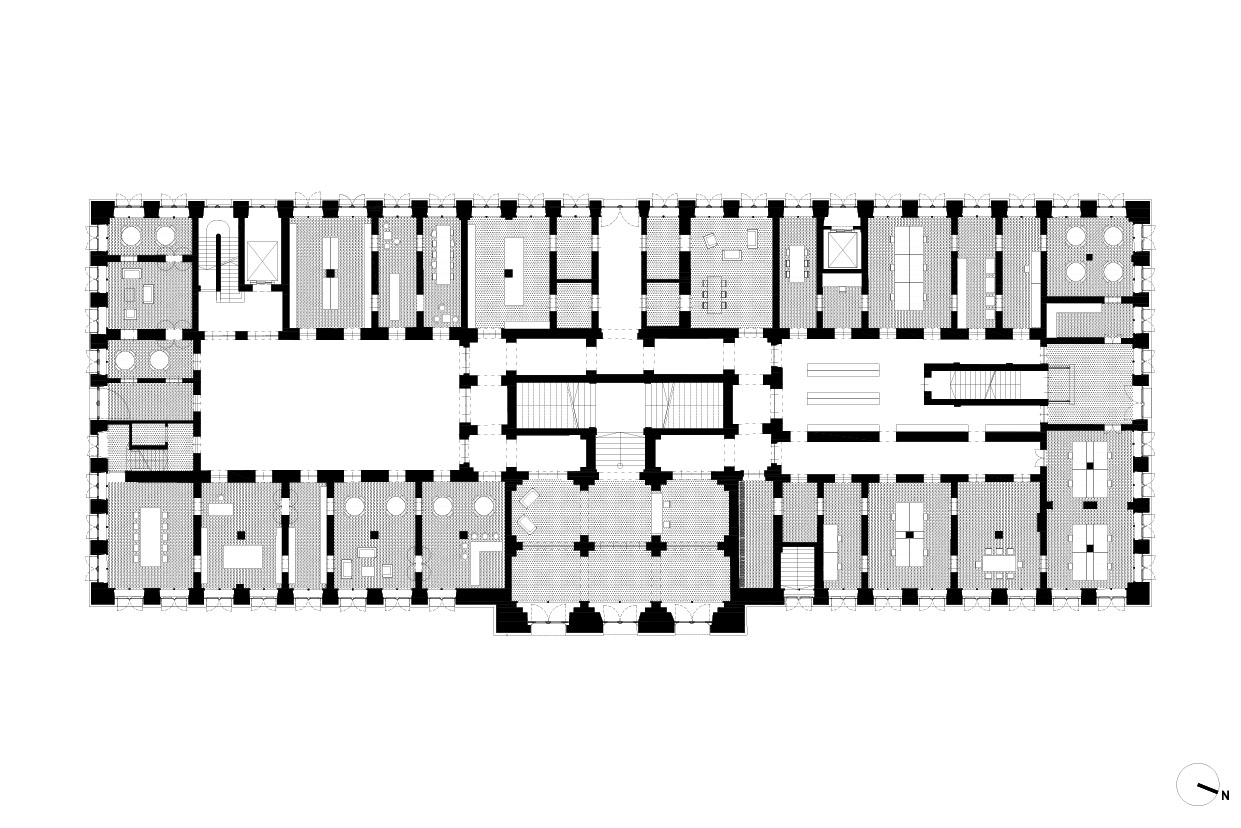 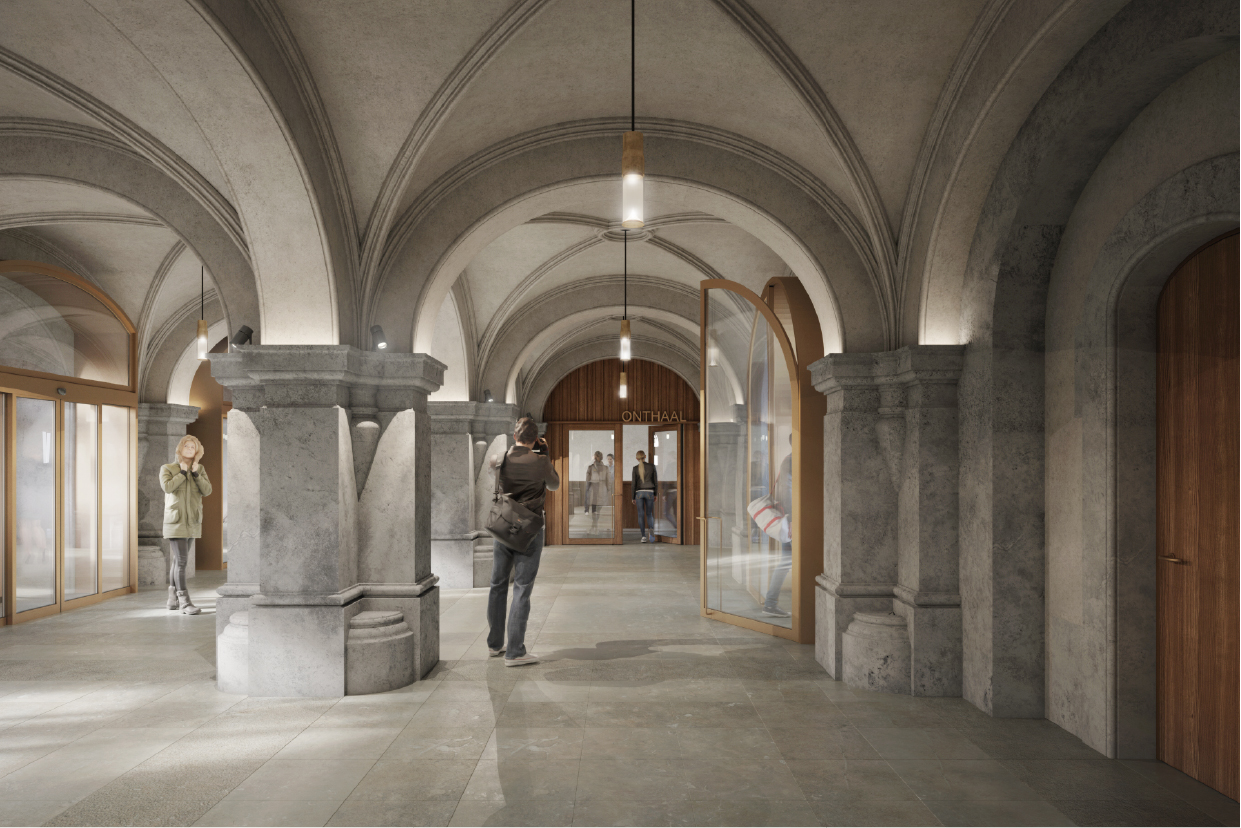 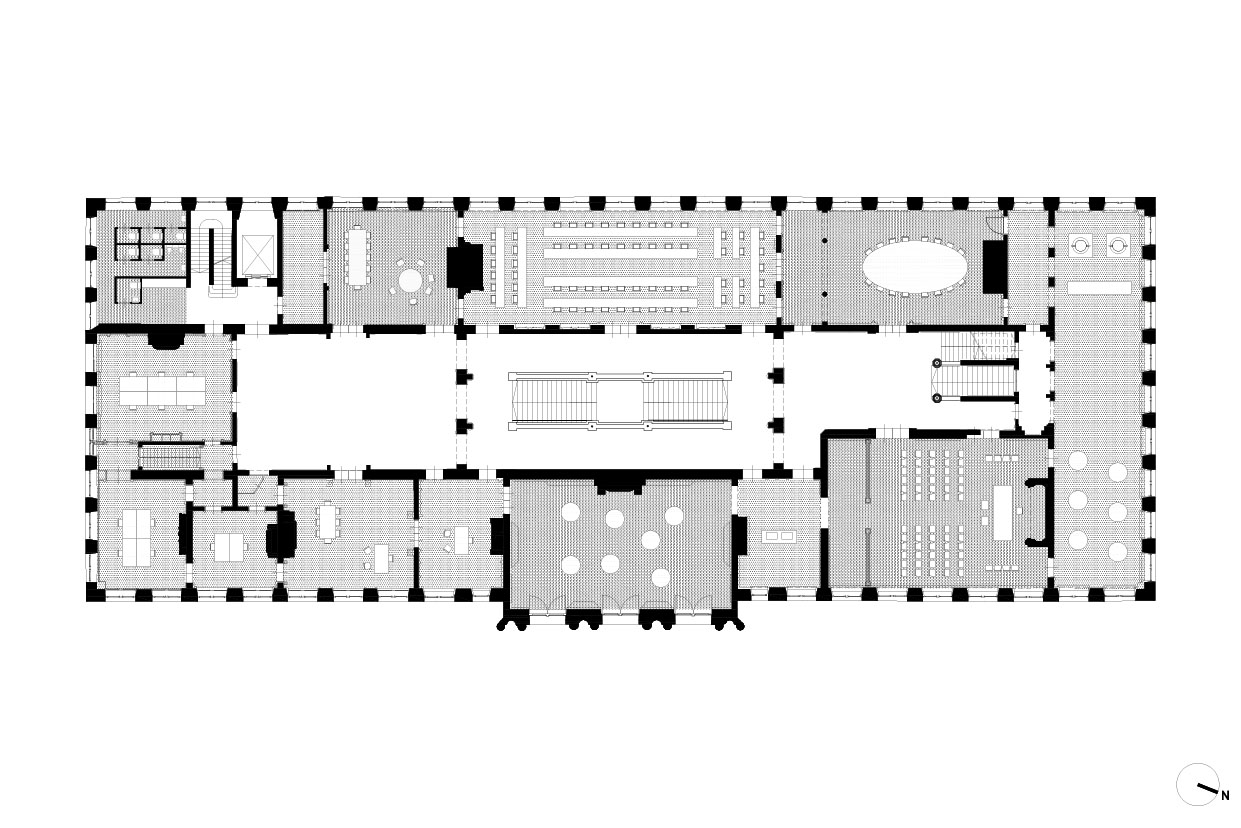 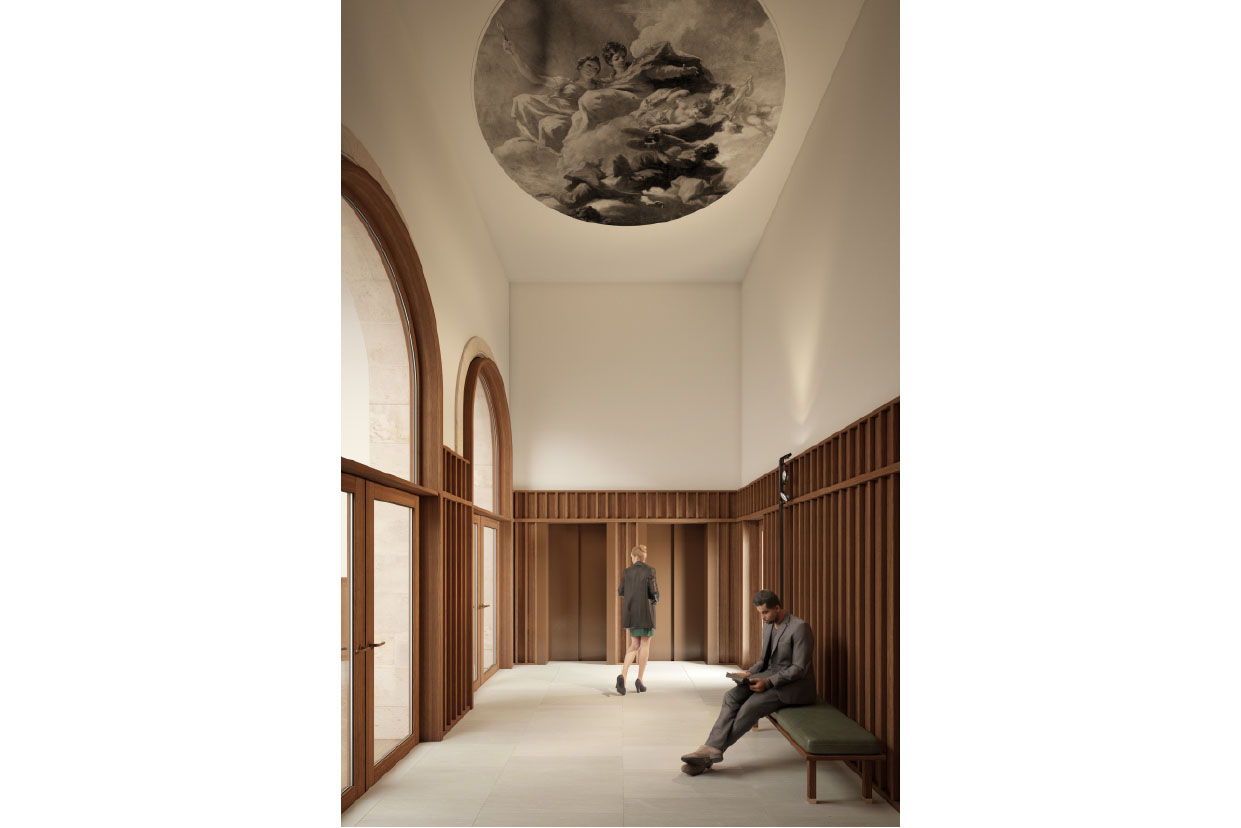 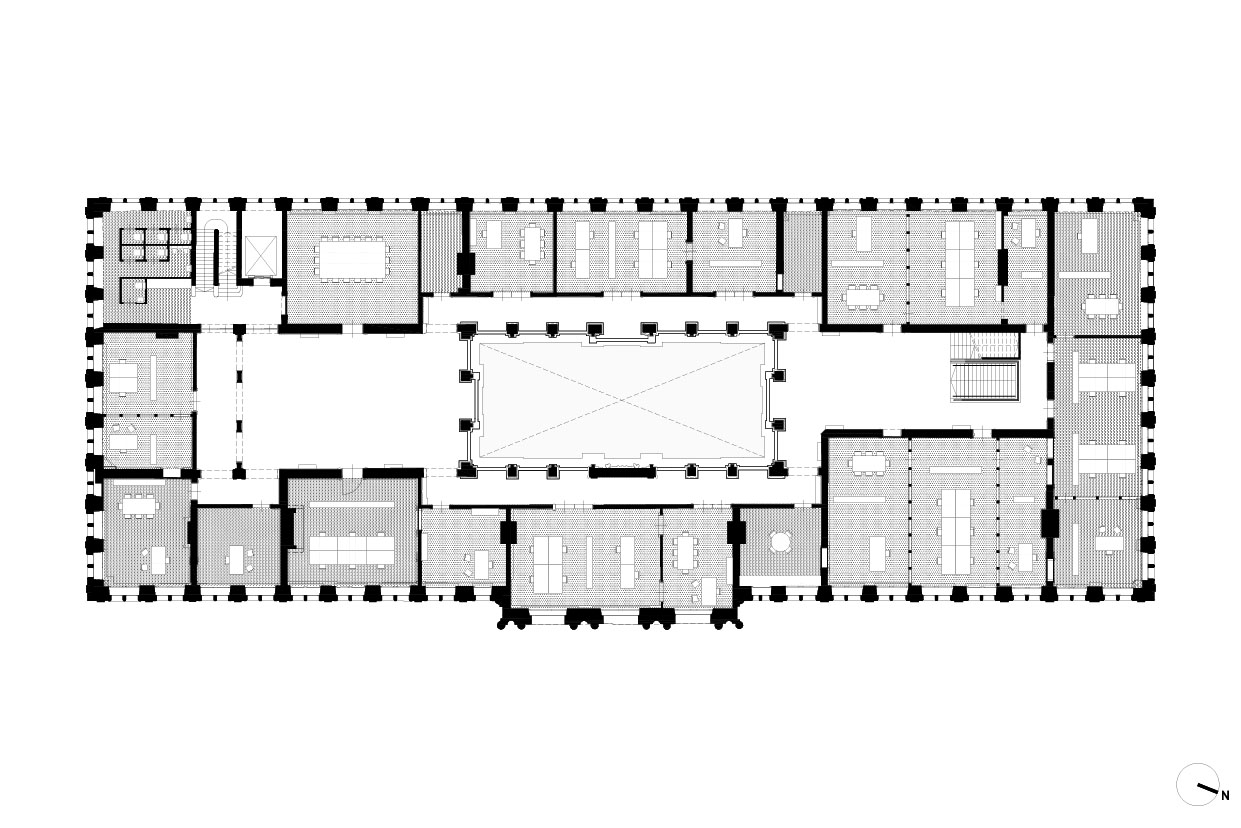 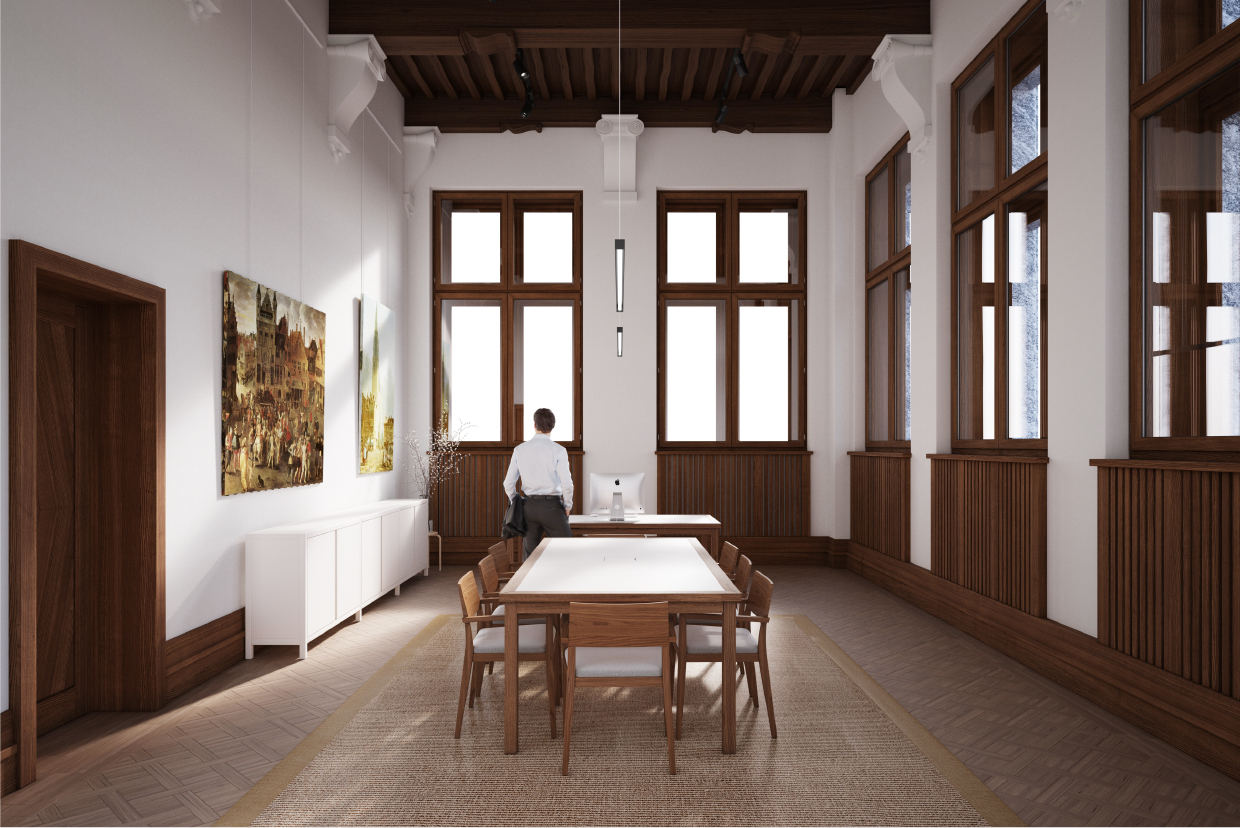 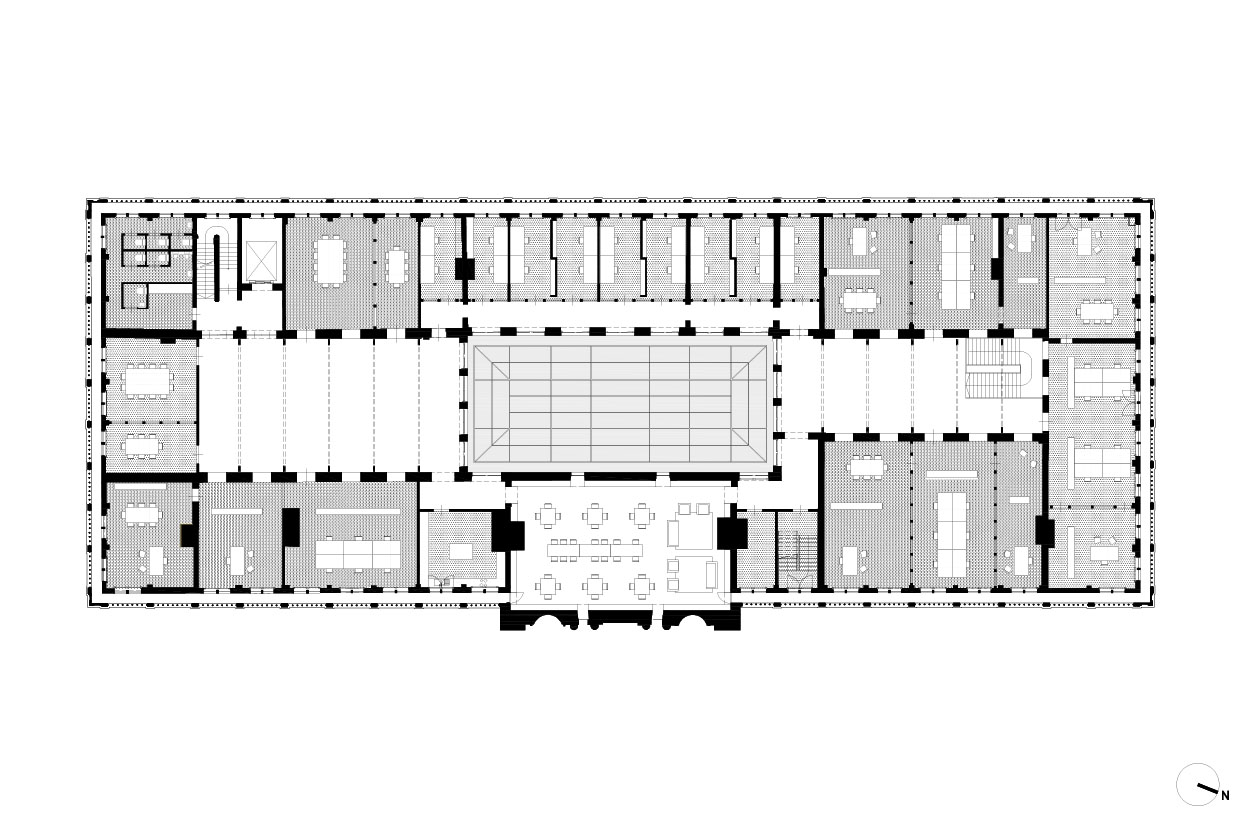 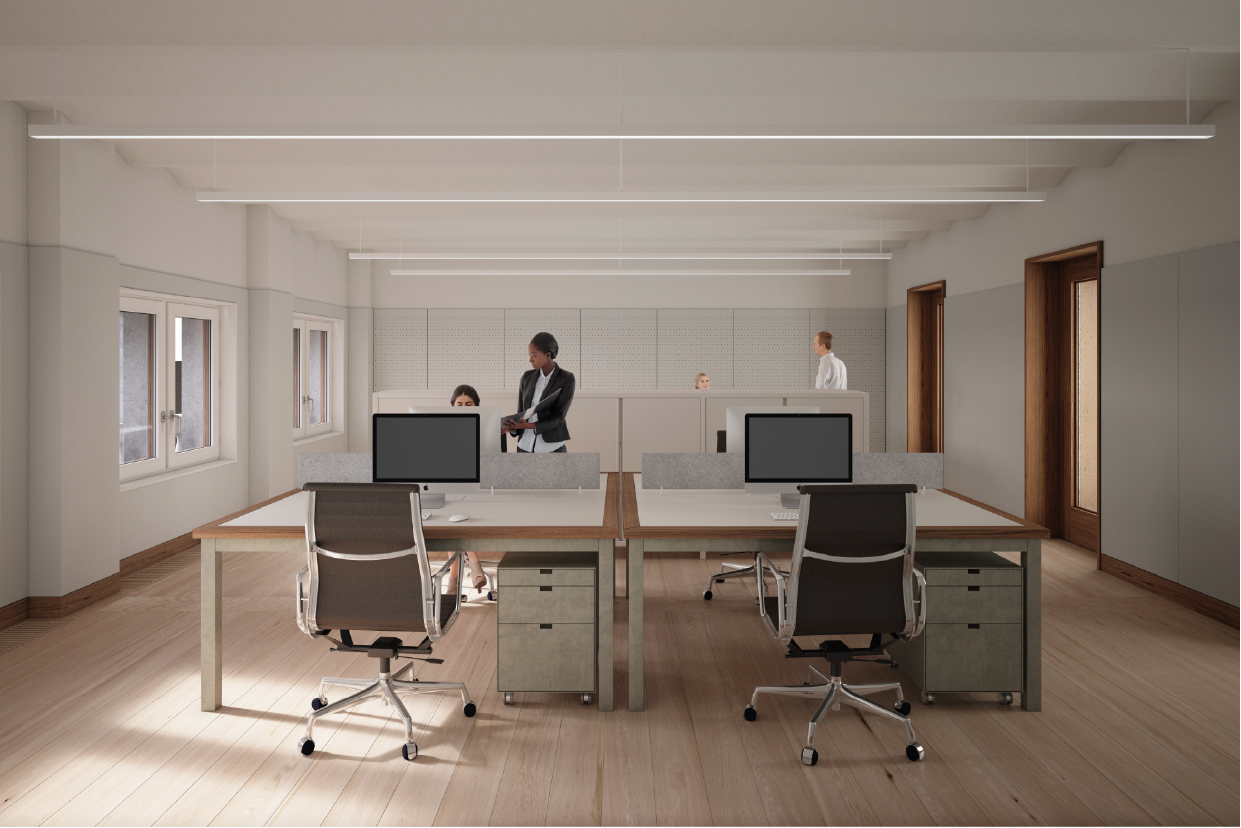 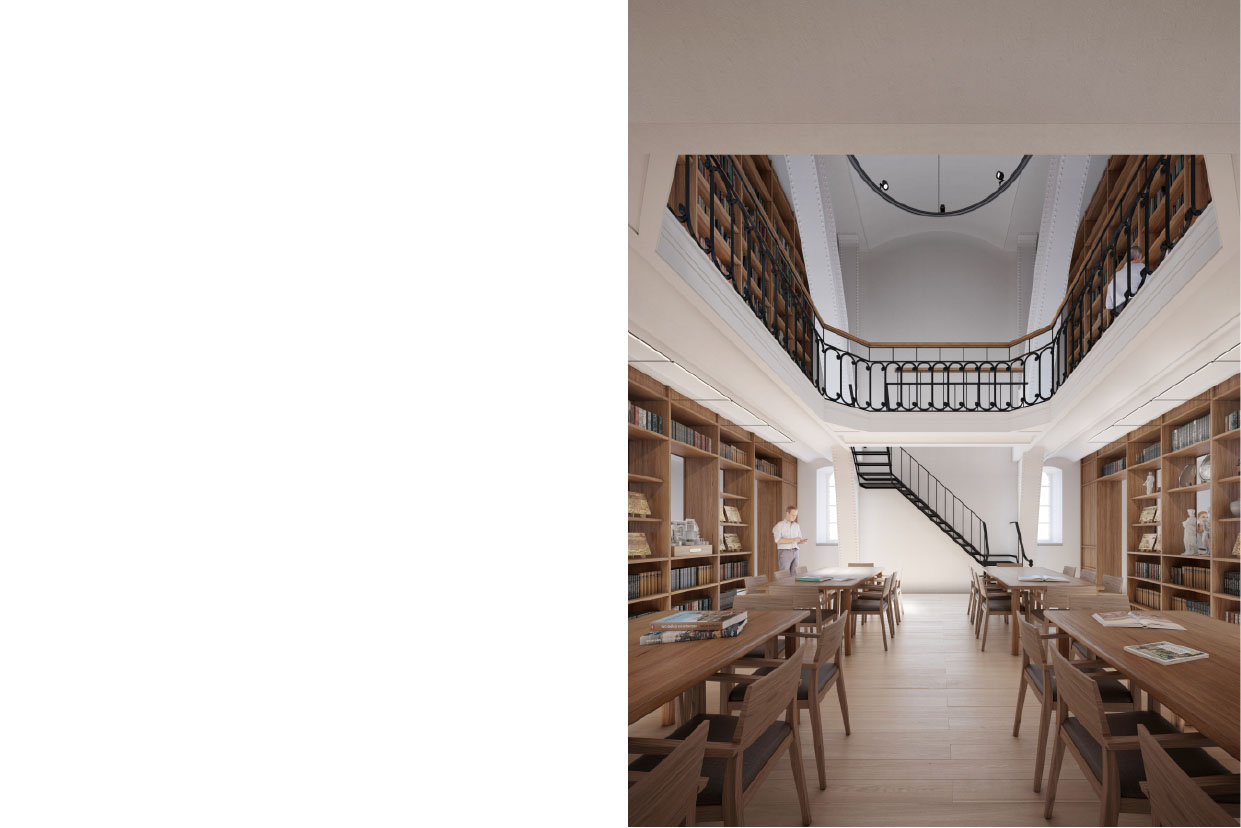 The Antwerp City Council wishes to make several changes to the historic City Hall with a view to reconnecting it with the city. As part of the project, the ground floor will be opened up to the public while all councilors and their staff will be brought back under one roof. The project also presents an ideal opportunity to modernize and enhance the sustainability of the building.

Layered coherence:
Despite the extent of the transition realised in the 19th century, it nevertheless succeeded in retaining the City Hall’s historic “layered coherence”. There were certain revisions, newly made connections and shifts in emphasis. And, building on the articulation and dimensions typical of the Floris style that defined the original City Hall, a more contemporary atmosphere was created that was evocative of the neo-Flemish renaissance. Nevertheless, the original structure remained legible – it was literally “set forth” – and to the present day remains the canon of the building.

The building sets the rules:
Preserving and reinforcing this layered coherence throughout the City Hall’s second historic transition calls for an approach that has respect for the essence of the existing structure. This is what the Portuguese architect, Eduardo Souto do Moura calls “domesticating architecture”. An architecture founded on the conviction that the existing building must define what it needs itself, and that answers to new questions are in fact already contained within the building’s historic structure or “code”.

First steps:
Our preference falls in favour of a “prune to bloom” approach. Disruptive heritage elements will make way for those that better enhance the historic structure and future use of the building. Certain elements – not disruptive from the point of view of heritage considerations – are also removed in order to free up the space – with respect for the historic continuity – to assign a new status and well-defined experiential value to certain sub-spaces or simply to bring other valuable elements to the foreground.

These modifications are designed to achieve 5 general objectives, the “nouns” of our approach: Opening, Connecting, Imagining, Preserving (and Conserving) and Upgrading.

Within the complete restoration of the exterior and interior, 2 modifications stand out in particular:
We reorganise the ground floor to create a clear and accessible space. We reopen all doorways in order to transform the space back into a truly public space. The main entrance will be moved back to the Grote Markt where it is connected via the monumental staircase to the “Schoon Verdiep”.
The second floor, currently unknown to many people, will be made equally important as the Schoon Verdiep. Because it is here that the majority of councilors and their staff will be housed. Two central, double-height rooms – the vestibules - will let in more daylight and open up the view towards the skies and historic bell tower.